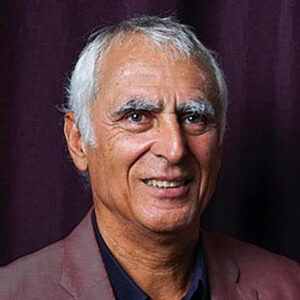 Dr.Michael E. Salla, is a pioneer in the development of ‘Exopolitics’, the political study of the key actors, institutions and processes associated with extraterrestrial life. His interest in exopolitics evolved out of his investigation of the sources of international conflict and its relationship to an extraterrestrial presence that is not acknowledged to the general public, elected officials or even senior military officials.

In Galactic Diplomacy: Getting to Yes with ET (2013) he shows how humanity can negotiate with extraterrestrial civilizations in a way that protects our vital interests.

In US Navy’s Secret Space Programs and Nordic Extraterrestrial Alliance (2017), he presents extensive documentation supporting the existence of a highly advanced US Navy space program capable of interstellar travel.

In Antarctica’s Hidden History: Corporate Foundations of Secret Space Programs (2018), Dr Salla analyses the establishment of a breakaway German colony in Antarctica with antigravity spacecraft , which reached agreements with the US Military Industrial Complex in the 1950s that led to the Germans expanding their presence in space with bases on the Moon, Mars and beyond our solar system.

In the US Air Force Secret Space Program: Shifting Extraterrestrial Alliance & Space Force (2019), he presents a comprehensive history of how the USAF reverse engineered extraterrestrial spacecraft to create a secret space program, and recently has recently begun working with a human-looking group of extraterrestrials.

Finally, in his most recent book,Rise of the Red Dragon: Origins and Threat of China’s Secret Space Program (2020) he presents the first detailed account of how China acquired the advanced electromagnetic technologies that make up its secret space program, and how China poses a dire threat through its rapid adoption of Artificial Intelligence as part of its asymmetric military strategy for replacing the US as the global hegemon.

Dr. Salla is an internationally recognized scholar in international politics, conflict resolution and US foreign policy, and is the author/editor of an additional four books including The Hero’s Journey Toward a Second American Century (Greenwood Press, 2002); Essays on Peace (Central Queensland University Press, 1995); Why the Cold War Ended(Greenwood Press, 1995); and Islamic Radicalism, Muslim Nations and the West (1993). He has also authored more than seventy articles, chapters, and book reviews on peace, ethnic conflict and conflict resolution. He has held academic appointments in the School of International Service & the Center for Global Peace, American University, Washington DC (1996-2004); the Department of Political Science, Australian National University, Canberra, Australia (1994-96); and the Elliott School of International Affairs, George Washington University, Washington D.C., (2002). He has a Ph.D in Government from the University of Queensland, Australia, and an M.A. in Philosophy from the University of Melbourne, Australia. He has conducted research and fieldwork in the ethnic conflicts in East Timor, Kosovo, Macedonia, and Sri Lanka, and organized peacemaking initiatives involving mid to high level participants from these conflicts.