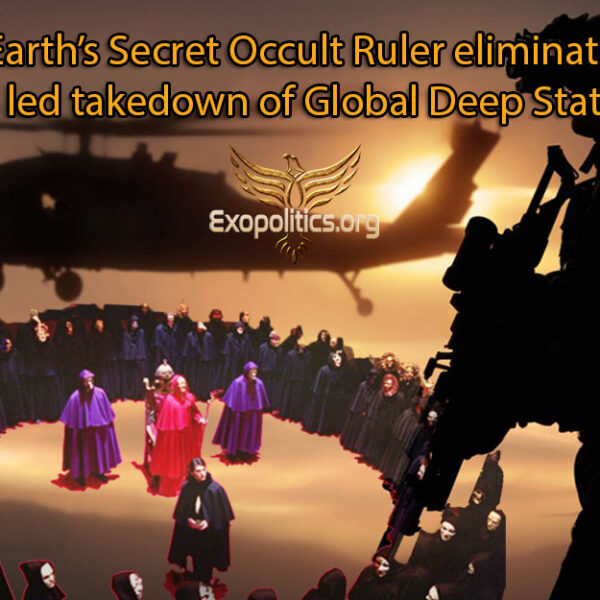 On January 15, it was announced by multiple news sites that Baron Benjamin de Rothschild unexpectedly died of a heart attack at the age of 57 while at his Swiss home. According to best-selling author David Wilcock, Rothschild was the world’s “Pindar” – the secret occult ruler of our planet reporting directly to off world extraterrestrial masters.

What makes Wilcock’s claim particularly intriguing is that he says that only a day earlier, the US Secretary of State Mike Pompeo gave a coded message through his Twitter account authorizing the final stage of a covert military operation to take down the Deep State around the planet. Wilcock’s claims raise intriguing questions about Rothschild’s death, his possible role as Earth’s Pindar, and a covert US led takedown of Global Deep State.

Rothschild’s death was first announced on the Edmond De Rothschild company website and details were provided by Bloomberg news about him:

De Rothschild had been head of the group created by his father since 1997 and worked to simplify its structure after delisting. As of the end of 2019, the group had 173 billion francs ($194 billion) in assets with activities in 15 countries, according to its website.

In his online presentation yesterday, Wilcock discussed arrests taking place around the world of people involved in a coup attempt against the President of the United States. He then linked this takedown operation to the mysterious death of de Rothschild who was the Pindar or leader of the globally orchestrated coup attempt:

Pindar actually is the name of the leader of this group that we’ve been talking about for so long. It is a name that refers to the Dragon and the male member of the Dragon, that’s the name of the leader. So, the Pindar is basically the number one guy. And this number one guy just so happened to have mysteriously passed over on January 16 [15 at age 57. And here you go, that’s right, Banker Benjamin de Rothschild … owner of the Group dies age 57. So that is compelling since it’s a very young age and a suspicious time to say the least.

I woke up in the middle of the night, bolt upright, and I sat up. And I had all the lights on because I’d have to periodically go to the restroom or whatever. I had all the lights on. And this guy was standing in front of me with what I call a $5,000 tuxedo, not a gray hair in his head, mid-50s, slim and trim.

I said: How did you get in here?

And he says: It’s wonderful to see you, my son.

I said: You’re not my father.

And I looked at this guy, and he looked like French nobility. Right? And I said: Who are you?

He says: I am the Baron Guy de Rothschild, the Pindar.

And I had this really kind of, what I call a check or a kind of a cringe in my spirit. And I knew right away, because I have this gift. Right? Without getting into a big long discussion, I knew right away.

I said: I know who you are. You’re the representative of the Luciferic power that controls Earth.

He says: Yes, I am the CEO of Earth, Inc., and I am the man that sits in the 13th chair of the Druidic Council. I want you to be my understudy, and when I transcend I want you to take over my job.

He said: We know your bloodlines; we know your genetics; we know everything about you and you’re a perfect replacement for me.

What is particularly interesting in this exchange is Rothschild’s claim of being the “Pindar” and the “CEO of Earth, Inc”. These statements suggest that he is merely running the Earth on behalf of others, but who?

For an answer, we can look to information about the Pindar supplied by British researcher David Icke. Icke wrote about the Pindar in The Biggest Secret after interviewing a former participant in Satanic occult ceremonies, Arizona Wilder. Icke wrote:

Pindar means ‘Penis of the Dragon’…  Arizona says that Pindar, like all the reptilians when they shape-shift, has very powerful hypnotic eyes (the ‘evil eye’ of legend) and at sacrifices the victims face is turned to Pindar at the moment of death for him to steal the person’s soul or energy through this ‘evil eye’ magnetic process…. Pindar attends the major Satanic ceremonies in Europe and then flies to California for the rituals there. [pp. 302-3]

Icke’s reference to Reptilian extraterrestrials directly connects to the high-ranking member of the Rothschild family who is regularly chosen to be the CEO of Earth Inc., which in turn is controlled by a Reptilian empire that spans countless other planets, according to multiple insiders.

Baron Guy de Rothschild died in 2007 at the age of 98. If Deagle was told the truth in 1992 about Rothschild planning to retire as Pindar, it means that anytime in the period between 1992 and 2007, another male heir of the Rothschild family had replaced him.

Benjamin Rothschild became the head of the Edmund de Rothschild company in 1997. As head of one of the major Rothschild banking and investment groups, it’s highly likely that Benjamin succeeded Guy as the Pindar, as claimed by Wilcock.

This is where another of Wilcock’s claims becomes highly relevant to contemporary political events. He says he found a solution to a coded message by the mysterious Q military intelligence group that has been subjected to an unprecedented global censorship campaign.

In a post dated June 4, 2020, Q revealed a sequence of six events numbered RED1 to RED6, which refer to events associated with different stages of a covert global military operation to take down the Deep State.

The first event RED1, occurred on January 8 with the permanent suspension of President Trump’s Twitter account. Wilcock gave a plausible explanation for the sequence of RED2-5 events occurring with the suspension of thousands of alternative social media sites, movement of military personnel into Washington DC and state capitals, etc.

With regard to the final event in the sequence, RED6, Wilcock had a fascinating solution. He said it was a coded message by Secretary Mike Pompeo through a photo of six bottles of Red Wine he displayed in a January 14 Tweet. 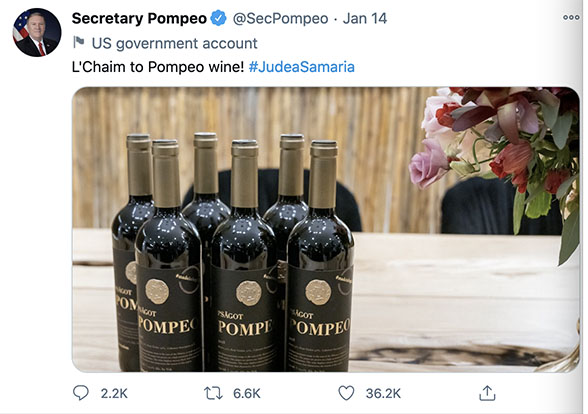 If Wilcock is correct, then Pompeo’s Tweet was a coded authorization RED6 for the final stage of a global covert takedown of the Deep State to begin.

The very next day, Baron Benjamin Rothschild was dead. Was this merely a coincidence, or was he a high-level casualty of the global covert takedown of the Deep State now underway as suspected by Wilcock?

We will not have to wait long for an answer as the covert operation is expected to be publicly announced either just before or after President Trump’s term of office formally ends on January 20. Wilcock points out that January 19 is National Popcorn Day, which would make for an ironic way to bring to the public’s attention a worldwide operation to take down the Deep State in a 2nd American Revolution.

[Note: my next Webinar Exopolitics and the Second American Revolution has been rescheduled for January 30, 2021 – Registration Info here]