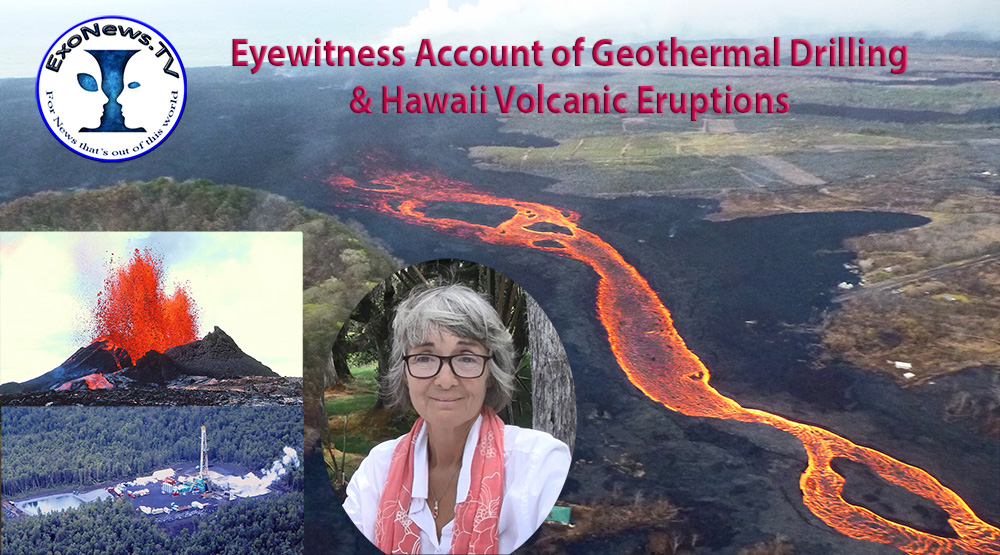 In this two part video series, Aurora Garcia reveals her first hand witness testimony about the history of geothermal drilling on the Big Island of Hawaii, and its relationship to the disastrous lava outbreak that began impacting the lower Puna region in May 2018.  The events she witnessed raise disturbing conclusions about the real agenda behind geothermal energy production in Hawaii.

In part one, she discusses the first geothermal drilling that occurred on the Big Island and how this immediately led to lava outbreaks from Kilauea Volcano that overran the drilling site in Kahaualea in 1983. Rather than stopping further geothermal drilling due to the risk, government authorities gave approval for new drilling areas that resulted in further lava outbreaks culminating in the current outbreak in the Leilana Estates subdivision of Puna.

Aurora moved to the Kalapana region of Lower Puna in 1982. She witnessed how this area was overrun by lava outbreaks linked to the 1983 geothermal drilling in Kahaualea, which subsequently became known as the Pu’u O’o vent that continued to erupt until 2018.

She discusses the deadly gases that regularly emerged from these lava outbreaks and how Puna Geothermal Venture evaded any meaningful monitoring of the gasses, and how government authorities did nothing to stop this.

She witnessed events at Puna Geothermal Venture that made her believe that the plant’s real agenda was far more than merely producing electricity for the Big Island.

Permission granted for free circulation of this article in full.