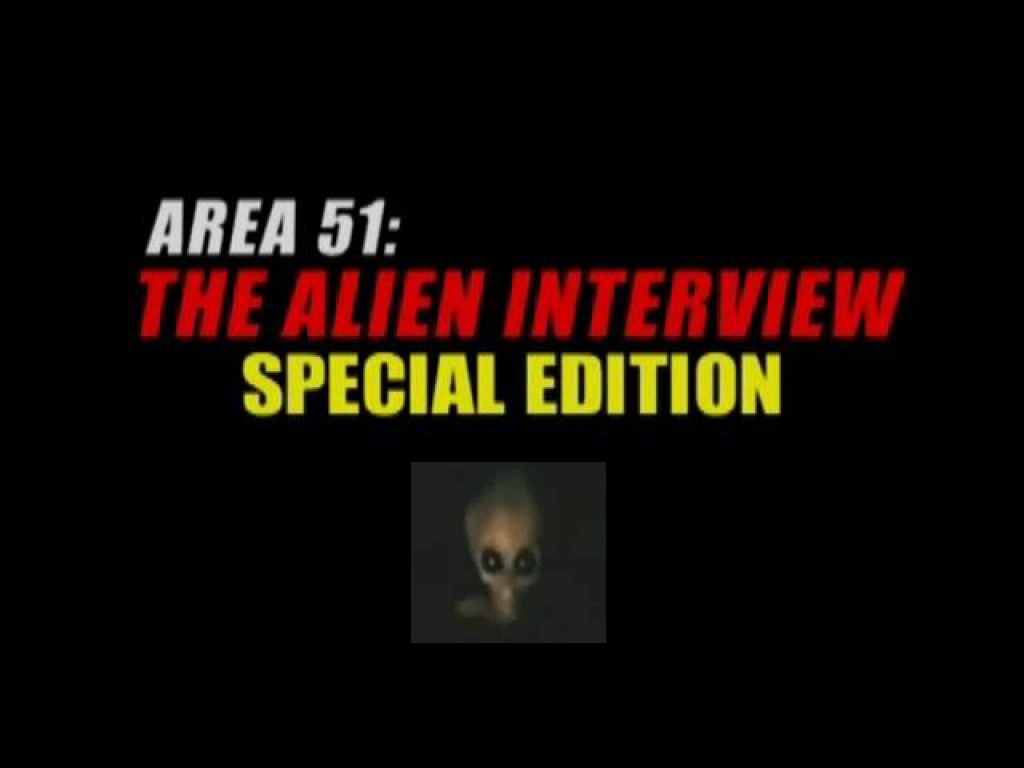 In 1997 an anonymous whistleblower calling himself “Victor” came forward to tell a fantastic story about a captured alien held at a remote secret U.S. facility near Area 51, Nevada called S-4. What made Victor different was that he had a video to prove what he was saying was real. The Alien Interview video has been controversial since it was first aired in 1997 in a documentary titled: Area 51: The Alien Interview. Experts have analyzed the video frame by frame and are still divided over its authenticity. Jim Dilettoso, a highly respected image analyst did not find any evidence of fraud in his frame by frame analysis of the video. On the other hand, a Hollywood special effects expert believed the video used a puppet in an elaborate fraud. Recently, another whistleblower has come forward to give startling corroboration of the content in Victor’s video. Apparently, S-4 is the secure military facility where live extraterrestrials are taken for questioning by authorized officials.

The video itself takes place in a darkened room where a large headed creature with big black eyes appearing like a classic Gray alien is being interviewed. Two individuals appear to be conducting the interview. One is allegedly a general asking questions while the other is a telepathic communicator relaying the alien’s responses. Towards the end of the nearly three minute video segment, the Gray alien being appears to have breathing difficulties and is helped by two medics who rush into the room to give assistance. The video released by Victor had the audio removed allegedly to protect identities, so Victor added his own commentary to one version to explain what was happening.

Victor does not provide many specifics about his work at the S-4 facility where the video interview occurred. He claims that he came into possession of a digital version of the video after it had been transferred from the original analog version. Victor smuggled the digital copy out of the S-4 facility and made a VHS copy which he took to various major news networks to have it released as part of a major disclosure. He was rejected by the major networks and had to settle for a home video company called Rocket Pictures which paid him an undisclosed amount of money. A one hour documentary that focused on Victor’s revelations was produced with the title: Area 51: The Alien Interview. Victor was also interviewed on May 23 by Art Bell and Sean David Morton on Coast to Coast AM radio where he elaborated on aspects of his involvement at S-4. That was the last time the public was to hear from Victor.

There are aspects of Victor’s role that immediately raise suspicion over whether he was truly acting alone. Victor used voice distortion software to hide his voice in the two interviews he did with Rocket Pictures and Coast to Coast AM. He claims he did so to protect his anonymity, yet it also ensures that his identity and history can’t be independently confirmed. Most importantly, Victor says that he traveled to major news companies such as Fox News to get them to air the video. It’s inconceivable that someone at Fox or any other major media network would not have attempted some form of due diligence that would not have alerted authorities that someone had footage of a live alien being interviewed. This suggests that Victor, perhaps unwittingly, had been allowed to take the video out of S-4 with the aim of releasing it publicly with some degree of official complicity. Perhaps some authorities wanted to establish plausible deniability while preparing the public for the truth about alien life. Alternatively, the video may be part of an official disinformation effort to muddy the waters about what is known about extraterrestrial life and Victor was a willing participant.

Very recently, there have been developments that lend plausibility to Victor’s video. In May 2013, video testimony emerged of another whistleblower who was a former CIA agent using the pseudonym “Kewper.” Kewper revealed that in 1958 President Eisenhower had to threaten to invade Area 51 and S-4 to find out what was happening with the extraterrestrial programs there. The agent and his CIA superior travelled to Area 51 under Eisenhower’s orders, and his boss questioned a Gray alien at the S-4 facility. The alien answered various questions concerning its origins and motivations that the whistleblower Kewper relayed at an earlier 1998 interview with Linda Moulton Howe. This is startling corroboration of Victor’s claim that the S-4 facility has housed live aliens for periods of time who have been questioned by various officials.

Victor’s alien was allegedly captured in 1989 and interviewed at S-4 in January 1991. Apparently it was a different alien to what the CIA agent’s boss had seen and interviewed back in 1958. There have been other whistleblowers who have claimed to have worked at S-4 and witnessed a live alien being housed there. These include Robert Lazar (1988)  and Dan Burisch (1994).

There is much testimonial evidence that 12 miles south of Area 51 there is a highly classified facility called S-4 that in the past has housed different extraterrestrial entities for limited periods starting as early as 1953. To this pool of testimonial evidence we can add the live alien video. If genuine, it is hard evidence that extraterrestrials have been held at classified military facilities, and have been interviewed by various officials who have yet to share with the general public what they have learned.

ExoNews TV Video on this story