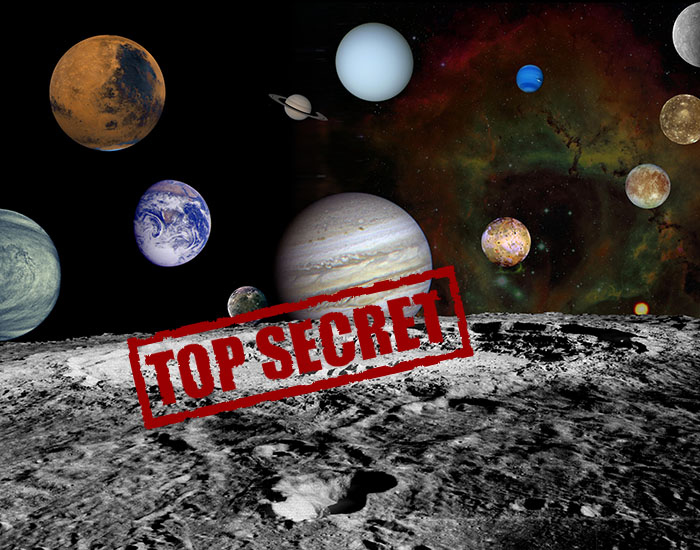 Astropolitics and the Exopolitics of Unacknowledged Space Activities Ever wondered what kinds of highly classified military programs are happening in outer space?  Well if you happen to know something about one of them then chances are that it’s an Unacknowledged Special Access Program (USAP) and it’s a criminal offense to reveal anything about it to others. That creates a problem for the field of astropolitics which is dedicated to studying activities in outer space.

As a field of study that began with the launch of the Soviet Sputnik satellite in 1957 and subsequent treaties ratified by space faring nations, astropolitics has grown into a multidisciplinary science studying a wide array of political, legal, economic and social issues related to publicly acknowledged activities in outer space. Yet when it comes to USAP’s there is precious little that is known about them by astropolitics scholars other than they exist and may impact “acknowledged” space activities in important areas of interest.

This week, a novel approach to this problem was proposed in a respected peer reviewed academic journal on astropolitics that went live online on March 3. USAPs are a problem better left to the field of exopolitics which uses a very different approach to understanding what is happening in outer space.

The latest edition of Astropolitics: The International Journal of Space Politics & Policy contains a paper titled, “Astropolitics and the ‘Exopolitics’ of Unacknowledged Activities in Outer Space.” For those that don’t yet know, exopolitics is broadly defined as the study of extraterrestrial life and its political implications, which raises much controversy among space scientists since most believe hard evidence is yet to be found for alien life.

This has led to exopolitical scholars developing a range of social scientific tools to examine the available “soft” evidence that extraterrestrial life has been discovered and has been the subject of highly classified military/corporate programs for as much as seven decades. This soft evidence largely comprises whistleblower and first hand testimonies based on direct personal experiences. These testimonies are both hard to substantiate, yet difficult to completely dismiss. Something to be expected if the testimonies do genuinely involve USAPs.

This is where exopolitics offers astropolitics scholars a way of resolving the dilemma of what to do about USAPs. Many space scientists believe that in the absence of hard evidence, it is a waste of time speculating about what is happening with USAPs and the impact on space. Yet not to examine available soft evidence would mean that USAPs would continue indefinitely without any risk of exposure even though they may be significantly impacting on important space activities. The possibility that the impact may violate space treaties is an important area of concern.

The exopolitics approaches offers a way out of this dilemma since it can examine the available soft evidence in a way that does not compromise the discipline of astropolitics which would continue to focus on hard evidence concerning publicly acknowledged space activities. As a complement or sub-field of astropolitics, exopolitics offers a means of gaining insight into USAPs without turning astropolitics into a speculative field of study.

Whether the proposal to incorporate exopolitics research into the astropolitics discipline succeeds or not, it is significant that the term “exopolitics” has now officially entered the academic lexicon. This suggests that at least some space scientists are interested in learning more about USAPs in Space. The day when astropolitics scholars begin learning about all activities in outer space, acknowledged and unacknowledged, may be arriving a lot sooner than expected.