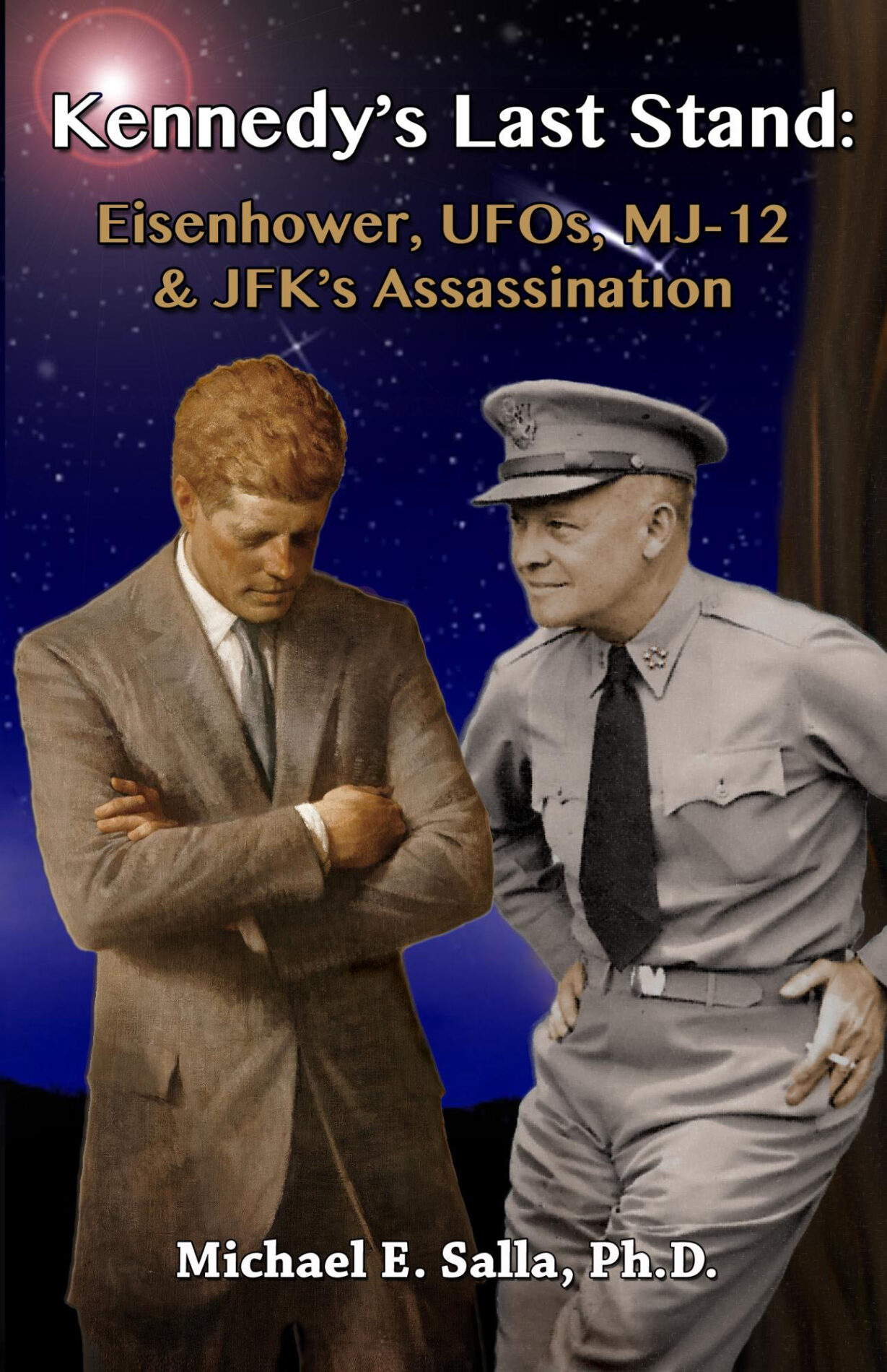 Kennedy’s Last Stand: Roots of JFK Assassination lie in what he saw in 1945

Written by admin on October 9, 2013. Posted in exopolitics research Just before the start of his first term on January 20, 1993, President-Elect Clinton made a strange request to close family friend and lawyer Webster Hubbell: “If I put you over there in justice I want you to find the answer to two questions for me: One, who killed JFK. And two, are there UFOs.”  According to Hubbell, “Clinton was dead serious.”  The key to unlocking the mystery of President Kennedy’s assassination and a possible UFO connection lie in events that occurred 18 years earlier in post-war Germany.

In the summer of 1945, John F. Kennedy was a guest of Navy Secretary James Forrestal in a post-war tour of Germany. Kennedy personally witnessed technological secrets that have still not been disclosed to the general public. These secrets stemmed from technologies that Nazi Germany had acquired from around the world, and were attempting to develop for their weapons programs. The advanced technologies stunned the military government running the U.S. zone of occupied Germany. How did the Nazis develop them? The answer according to the father of German rocket design, Herman Oberth, shocked U.S. military officials. The Nazis had help from “the people of others worlds” – some of the technologies were extraterrestrial in origin.

In searching for answers to who killed President Kennedy we need to start with the death of his mentor, James Forrestal in 1949. Forrestal became the first Secretary of Defense in 1947, a position he held until March, 1949. Forrestal was a visionary who thought Americans had a right to know about the existence of extraterrestrial life and technologies.  Forrestal was sacked by President Truman because he was revealing the truth to various officials, including Kennedy who was a Congressman at the time. Forrestal’s ideals and vision inspired Kennedy, and laid the seed for what would happen 12 years later.

After winning the 1960 Presidential election, Kennedy learned a shocking truth from President Eisenhower. The control group set up to run highly classified extraterrestrial technologies, Majestic-12, had become a rogue government agency. Eisenhower warned Kennedy that Majestic-12 had to be reined in. It posed a direct threat to American liberties and democratic processes. Kennedy followed Eisenhower’s advice, and set out to realize James Forrestal’s vision. The same forces that orchestrated Forrestal’s death, opposed Kennedy’s efforts at every turn. When Kennedy was on the verge of succeeding, by forcing the CIA to share classified UFO information with other government agencies on November 12, 1963, he was assassinated ten days later.

Kennedy’s Last Stand is a book about how two American Presidents, Eisenhower and Kennedy, confronted “black world” operations outside of the control of “white world” constitutional government representatives. Kennedy’s Last Stand reveals how JFK tried to realize his friend’s and mentor’s vision of a world where humanity openly knows about extraterrestrial life. The book reveals for the first time, the principal government officials responsible for denying that vision, and orchestrating the assassination of President Kennedy.

Kennedy’s Last Stand: Eisenhower, UFOs, MJ-12 and JFK’s Assassination by Michael E. Salla, Ph.D., becomes available at Amazon on October 22, 2013 – one month before the 50th anniversary of the JFK Assassination.