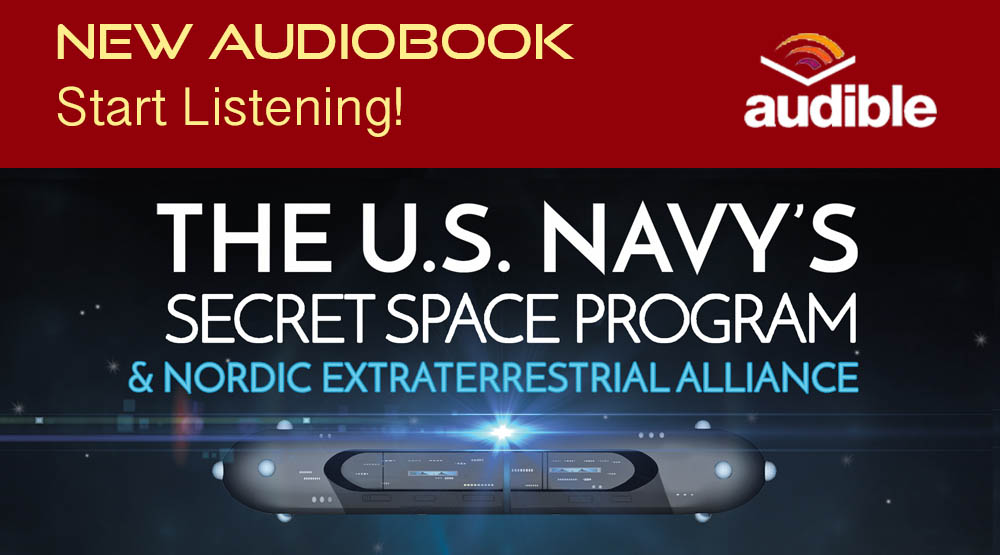 Written by admin on March 12, 2019. Posted in Announcements, Featured The Amazon bestselling book that featured the ground breaking testimony of William Tompkins on the U.S. Navy’s Secret Space Program is finally available as an audiobook. Get it here!

The Los Angeles Air Raid on February 24/25, 1942 opened an unprecedented chapter in the evolution of the US Navy. In response to this incident, a covert research program to investigate the feasibility of exotic antigravity propulsion technologies was developed. In addition, navy operatives were embedded in Nazi-occupied Europe to learn about the Germans’ advanced flying saucer programs, and they discovered the Nazis were receiving assistance from two extraterrestrial groups with very different agendas.

The debriefing of the operatives took place at Naval Air Station, San Diego, led by Rear Admiral Rico Botta. He instructed a “disseminator of naval research and information”, William Tompkins, to take confidential briefing packets to select think tanks, corporations, and university departments around the country. Later, Tompkins worked with a number of leading aerospace companies to design massive spacecraft for a secret US Navy space program and was fatefully assisted by extraterrestrial visitors described as “Nordics”.

An extensive number of documents substantiate Tompkins’ claims of the existence of a covert navy program created to study, design, and build deep space battle groups. They became operational in the 1980s. Now the navy has a new goal to enact a plan to level the universal playing field, and the election of President Donald Trump may just be the wild card they needed to reveal…everything!

Available on Audible.com and Amazon.com.