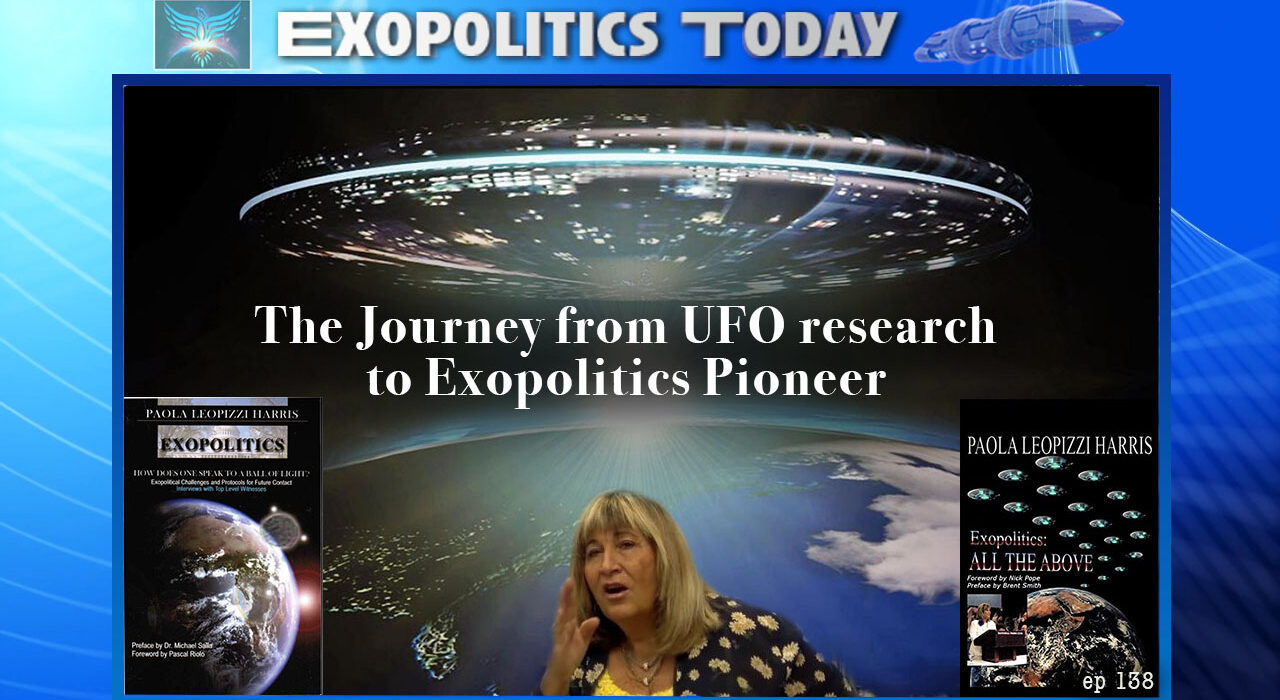 Paola Harris, M.Ed., is an investigative journalist who became interested in UFO research in 1978 when she began working with the legendary astronomer Dr. Allen Hynek, who needed assistance in translating Italian UFO cases into English for his Center for UFO Studies (CUFOS). In 1997, during a conference held for the 50th anniversary of the famous Roswell UFO crash incident,  she met Lt. Colonel Philip Corso whose best selling book, The Day After Roswell (1997), had stirred much public interest and also controversy within the UFO movement.

She found Col Corso’s whistleblower revelations to be so compelling that she began translating his original book manuscript into Italian. Paola decided to abandon nuts and bolts UFO research and began investigating the testimonies of whistleblowers such as Col Corso.

Her next major whistlelblower case involved Dr. Michael Wolf who she interviewed in over a hundred phone calls and in person during three separate visits to his Connecticut apartment. Wolf decided to become a whistleblower during the terminal stages of cancer and revealed much about extraterrestrial visitors that were involved in classified government programs.

In subsequent years, Paola has interviewed whistleblowers such as Clifford Stone, Charles Hall, Dr Dan Burisch and many others.

Her ground breaking interviews with whistleblowers and extraterrestrial contactees dating back to 1997 can be found in seven books she has authored. Two of which are considered pioneering texts in the Exopolitics movement: Exopolitics: All of the Above (2009) and Exopolitics: Stargate to a New Reality (2011).

In this Exopolitics Today interview, Paola Harris discusses her journey from nuts and bolts UFO research to becoming a pioneer in the Exopolitics movement. She explains why she found whistleblower cases so compelling, and why she is now focused on extraterrestrial contactee cases, which she promotes through an annual conference held in Laughlin, Nevada.

Paola Harris books are available at her website  https://paolaharris.com and Amazon.com

Paola also teaches four courses with the Exopolitics Institute, in which she sits on the Board of Directors. More info about Paola’s courses is available here.

Finally, Paola organizes an annual conference in Laughlin, Nevada. Her 2022 conference is called “Messages from the Andes: A Wake Up Call for Humanity. It will be held from November 11 to 13. More info is here.