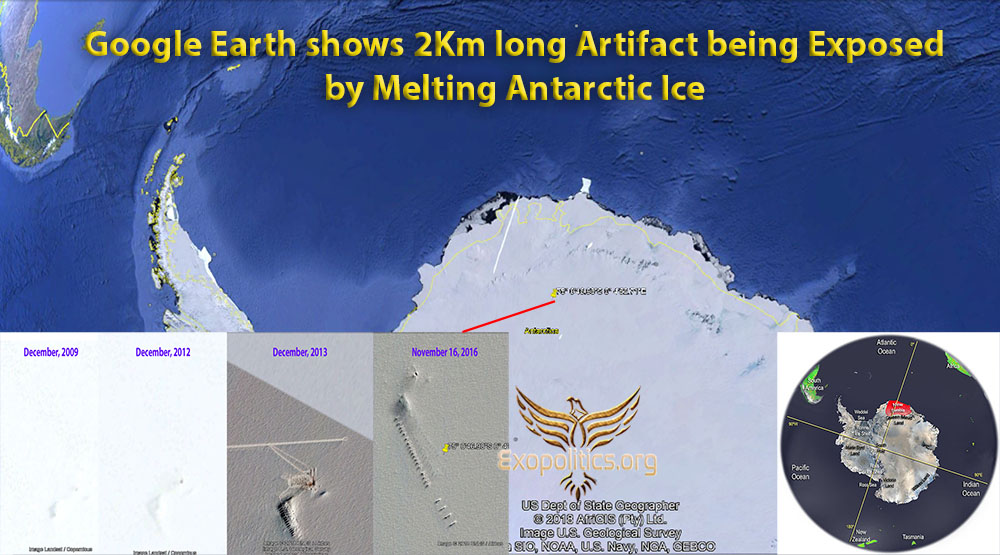 Written by Dr Michael Salla on September 3, 2018. Posted in science and technology

Therefore, it is more than likely that the artifact spotted by Google Earth which shows a total of 22 objects protruding about the ice (see picture), and which have led to much internet speculation (see here and here) are nothing more than logistical equipment covered by snow left behind for future scientific missions.

For that reason, I can no longer support the conclusions reached in my prior analysis of the artifact in the picture and am henceforth withdrawing the article from circulation.

Apologies for the error.