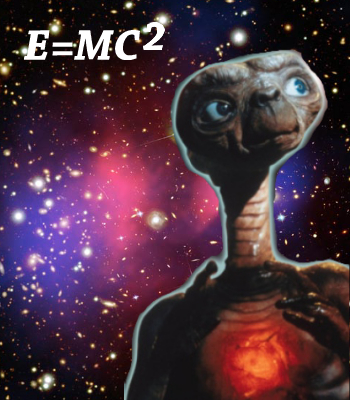 Edinburgh University is set to launch a series of six free online courses in Autumn 2012, one of which is titled: “Introduction to Astrobiology and the Search for Extraterrestrial Life”. The course involves five lectures to be presented online and will result in a certificate to all that complete it. Edinburgh is teaming up with Princeton and Stanford universities in an effort to make available undergraduate courses to a global audience for free as part of the Coursera consortium.  According to Edinburgh University spokesperson, Ranald Leask: “Something like extraterrestrial life comes out of a wide and deep base of knowledge and academic endeavour.” Leask is referring to the progress made by the scientific community in confirming the existence of distant exoplanets and that some of these have the right conditions for hosting life as we know it. Princeton was the first U.S. university to offer a degree in astrobiology. Now thanks to Edinburgh University, astrobiology courses that focus on questions concerning the existence of extraterrestrial life are going global.

Edinburgh’s “Search for Extraterrestrial Life” course will be taught by Professor Charles Cockell who has authored two books on Mars, worked for NASA, and is the current Director for the UK Center for Astrobiology. Cockell’s course will examine questions such as “Is there life on other planetary bodies?” and “How is it distributed throughout the Universe?”

According to Rory Reynolds from the Scotsman:

The first two weeks of the course explore the origins of life and how beings survive in extreme environments, with the focus in the third week moving to the possibility of life being discovered on other planets. The final week includes asking how contact with an extraterrestrial intelligence would be dealt with and what would be the impact on society. It concludes with the question “who would represent Earth?” in the event of first contact.

The course is a direct result in the ongoing discovery of exoplanets, some of which have been confirmed to exist in the habitable region of their suns. This has sparked a number of academic conferences focusing on the social and political impact of the discovery of extraterrestrial life. Two were hosted by the Royal Society of London in 2010, and led to much media interest over scientific speculations over the likely motivations of extraterrestrial life. The most notable has been Prof Stephen Hawkings’ view about space faring extraterrestrials being more likely predatory in nature than friendly.

Recent advances in space telescopes have now made it possible to detect alien metropolises on distant worlds. On May 8, 2012, NASA announced: “NASA’s Spitzer Space Telescope has detected light emanating from a “super-Earth” beyond our solar system for the first time. While the planet is not habitable, the detection is a historic step toward the eventual search for signs of life on other planets.”  According to Dario Borghino from  Gizmag: “This marks the first time that light has been detected from a planet of such a small size, and the find is telling astrophysicists where to look in their search for signs of life on planets beyond our own.”

The question to be examined in the final week of the Edinburgh Unniversity course, “who would represent Earth” in the case of contact is very significant. It first came to public prominence in 2010 in relation to Dr Mazlan Othman from the United Nations Office of Outer Space Affairs who was a presenter at the Royal Society astrobiology conference in October 2010. There was much media speculation over a story in the Sunday Times mistakenly claiming that Dr Othman would represent Earth on behalf of all humanity. In an earlier talk, Othman did say however:

The continued search for extraterrestrial communication, by several entities, sustains the hope that some day human kind will receive signals from extraterrestrials. When we do, we should have in place a coordinated response that takes into account all the sensitivities related to the subject. The UN is a ready-made mechanism for such coordination.

Edinburgh University’s upcoming “Introduction to Astrobiology and the Search for Extraterrestrial Life” course will open up an exciting new era in the study of extraterrestrial life. Core questions regarding the existence and societal implications of extraterrestrial life are being raised by respected scientists, and will now be discussed by students around the world. According to Jeff Haywood, vice principal of the University of Edinburgh, the number of students for the online course is potentially 100,000 students or more. That projected enrollment figure is in itself a remarkable possibility. Whether 100,000 students enroll or not, it is clear that the scholarly study of extraterrestrial life and its societal implications has entered mainstream scientific discourse and is now going global.