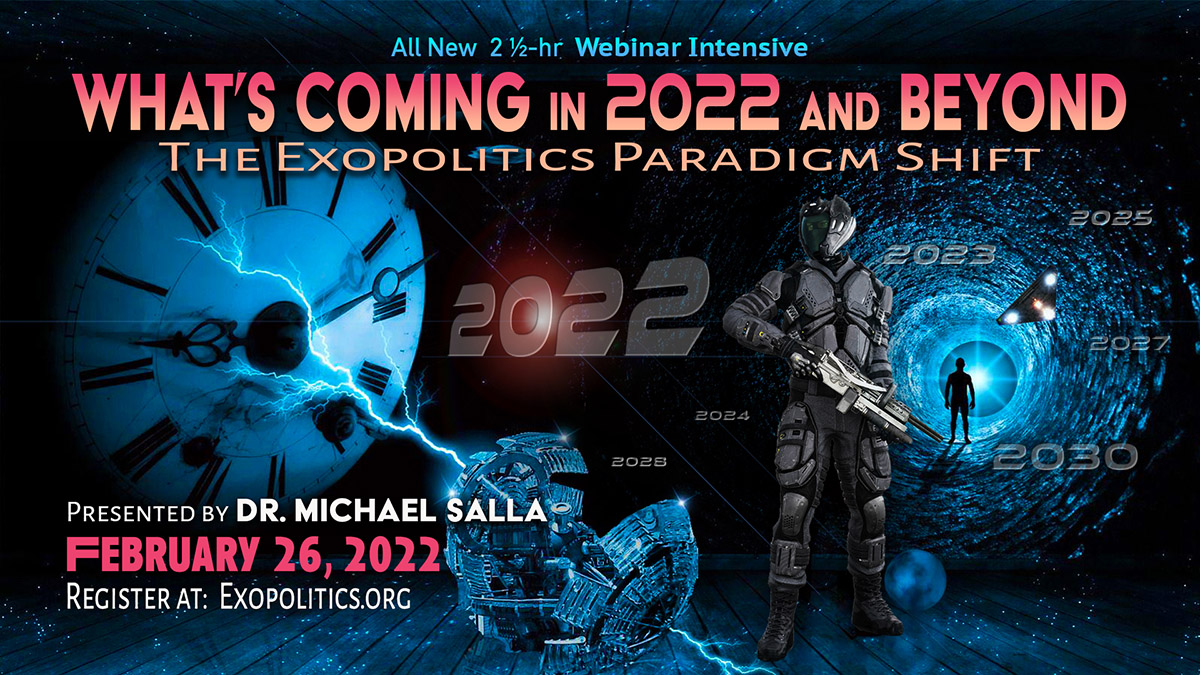 Watch on Vimeo – What’s Coming in 2022 and Beyond webinar

Written by admin on February 24, 2022. Posted in Announcements, Featured

The successful deployment of the James Webb Space Telescope and its scheduled start of astronomical observations in July 2022 heralds a major ‘exopolitical’ shift about to happen in the mainstream scientific community with regard to the ‘Fermi Paradox’. The earlier Kepler Space Telescope’s discovery of exoplanets in other solar systems led to a paradigm shift in scientific thinking about the existence of habitable planets in our galaxy. This is about to repeat with the looming discovery of biosignatures on exoplanets that will confirm the existence of extraterrestrial life, and provide a definitive answer to Enrico Fermi’s famous question of where are the extraterrestrials?

In 2021, the Pentagon confirmed that UFOs are real and are in our skies today. Soon, the proven discovery of alien life will lead to an even more profound change as the scientific community and general public are forced to reconcile the mountain of historical evidence of extraterrestrial life visiting Earth. The dam of secrecy held in place for decades is about to collapse. Contactee reports, whistleblower and insider testimonies, leaked Majestic documents, and more, will all be newly evaluated and take on great significance as humanity moves into the Exopolitical Era.

In this two-hour webinar, Dr. Michael Salla will use the latest whistleblower, scientific and military data to make predictions spanning the coming year and decade. He will discuss:

Join Dr. Salla in this exciting and uplifting look at behind-the-scenes developments and coming announcements that will catapult our world from its current state of darkness into a Star Trek future.