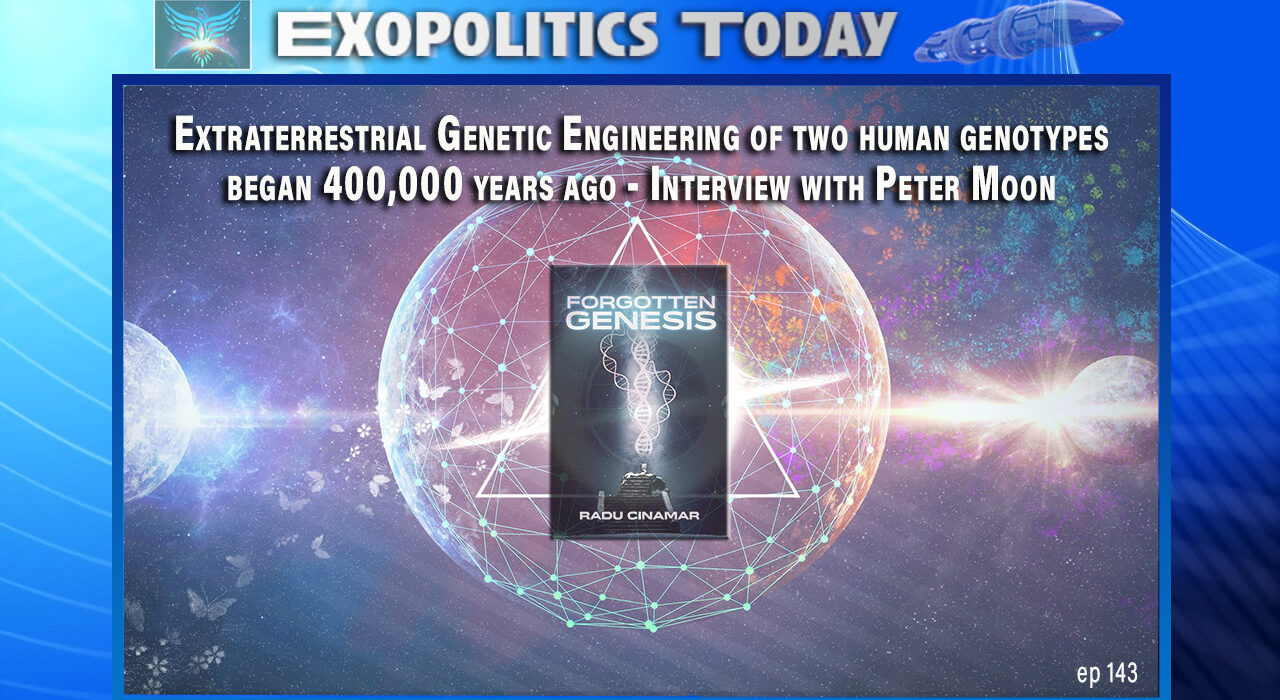 Peter Moon discusses a recent trip to Romania where he conducted research related to the Translyvania Rising book series. In the first part of the interview he focuses on what was discovered at a Cioclovina Cave, which he states has clear evidence of being a powerful time reactor. He believes the cave takes special significance during the 20 year planetary biorythm associated with the Montauk Project, which next occurs on 2023.

In the latter portion of the interview, Moon focuses on Book VI of the series: Forgotten Genesis where humanity’s genetic origins is revealed. Moon covers how holographic records are accessed by the series protagonist Radu Cinamar who is helped in understanding humanity’s origins by beings associated with an underground civilization called Apellos.

Moon elaborates on Cinamar’s information about two human genotypes being created from which Sirians could incarnate on Earth, and a worker race would serve them. The first genotype called E N L would possess more extraterrestrial genetics and thereby have greater psychic and mental abilities. In contrast, the second genotype, E N K would be more robust and better suited for living in Earth conditions. Moon discusses the Sirian geneticist Tenekau (aka Enki) responsible for creating the two human genotypes, which could be mixed to create a long lived hybrid species as discussed in ancient texts such as the King’s List and Manetho’s history of Egypt.

The entire 7 Book Translyvania Book series is available at Peter Moon’s publishing website skybooksusa.com and is also available on Amazon