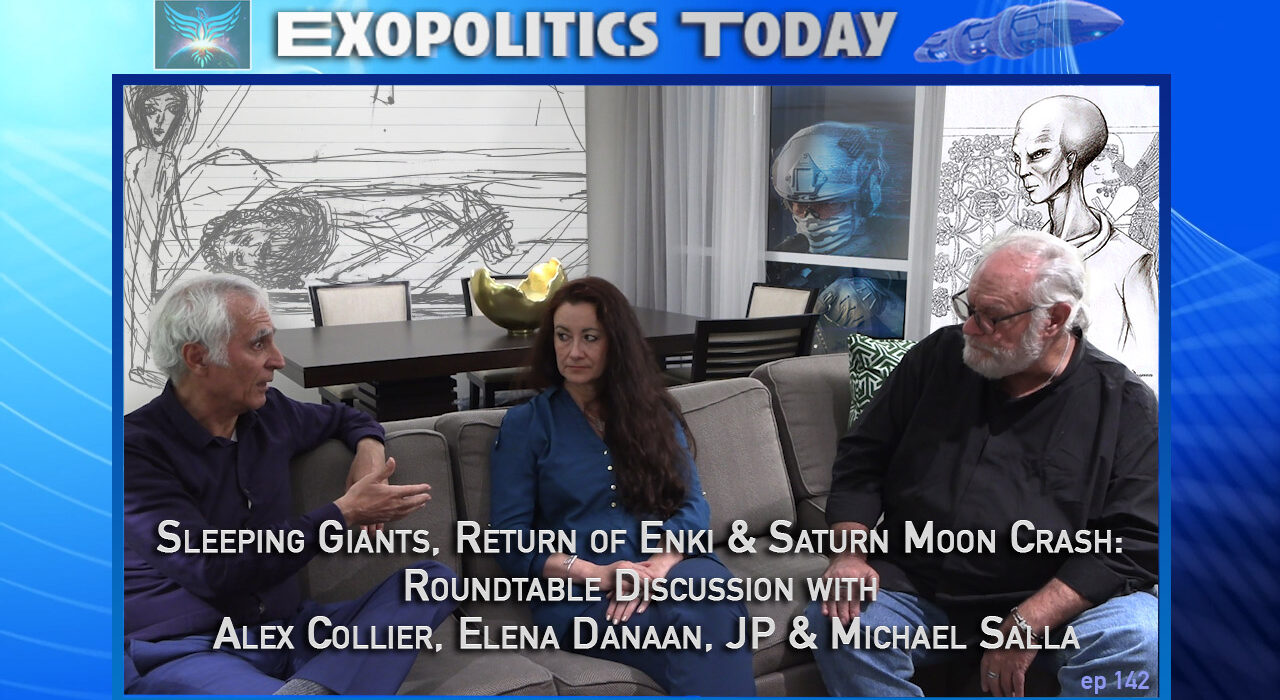 In a roundtable discussion recorded after the conclusion of the Galactic Spiritual Informers Connection on October 23, 2022, Alex Collier, Elena Danaan, JP and Dr. Michael Salla go over recent developments involving a sleeping giant in Florida, missing seeds from a Tree of Life, return of Quetzacoatl, and a moon crashing into Saturn.

JP reveals that the missing seeds were taken to England on orders of the new British sovereign, King Charles III. The roundtable then discussed the connection between the sleeping giant and legendary figures such as Quetzacoatl, Viracocha and Kukulcan who were predicted to return one day. Elena presented information that the sleeping giant was awakening as a result of an activation ceremony held at the conference that was led by Quetza Shah, an indigenous Aztec/Mayan shaman.

Another topic of discussion was recent news that a moon had crashed into Saturn. JP, Elena and Alex all discussed what they knew about secret operations around the vicinity of Saturn, and the connection to the return of Enki.