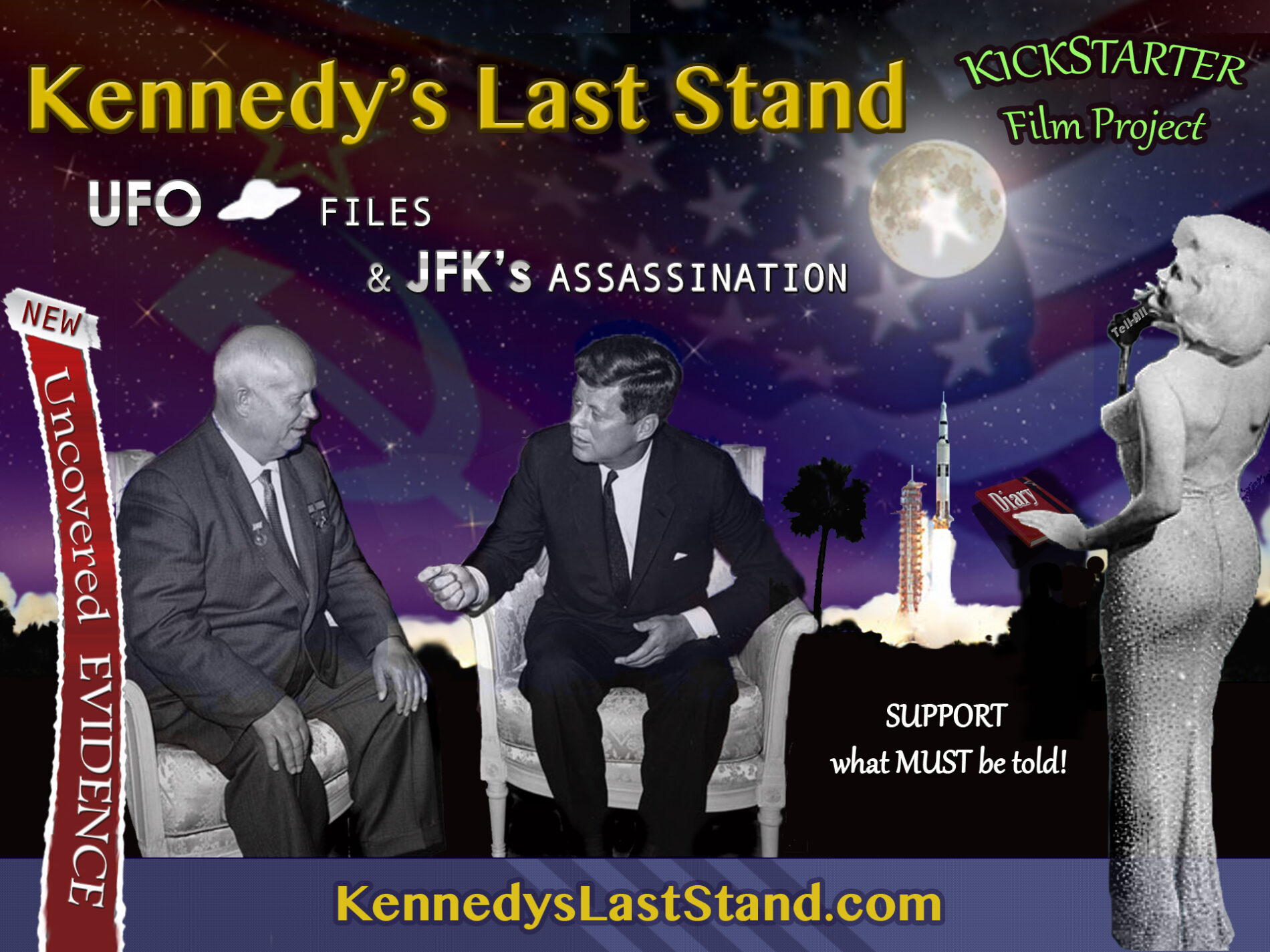 Written by admin on March 20, 2015. Posted in Announcements, exopolitics research

[March 20, 2015 – Kaimu-Kalapana, Hawaii] Today the moon’s shadow blocks the sun in a total or partial eclipse, depending on location, as well as the spring equinox. Today is also the official launch of a Kickstarter campaign for the making of a unique documentary film about how John F. Kennedy’s presidency was eclipsed by the dark shadow of a sinister force operating behind the scenes in the US government.

The planned documentary begins with Kennedy’s World War II experiences that laid the foundations for a powerful behind the scenes battle during his presidency to access the nation’s deepest national security secrets. Kennedy’s Last Stand is a documentary film project that will introduce evidence never before revealed about how President Kennedy learned about classified UFO files during World War II; and why his multiple attempts to gain access during his presidency to UFO related projects and files became a key factor in his assassination.

Kennedy’s Last Stand will be the first JFK assassination documentary to examine the close personal friendship between John Kennedy and James Forrestal, who became the first Secretary of Defense in 1947. The film will cover how Forrestal introduced Kennedy to the UFO issue during a trip to Germany in July 1945 when JFK witnessed advanced NAZI technologies that were repatriated to the U.S. under Operation Paperclip – an Operation Forrestal helped orchestrate as the then Secretary of the Navy.

Kennedy’s Last Stand will examine new evidence confirming the relationship between Marilyn Monroe and the Kennedy brothers, and how Monroe learned from Kennedy that he had seen retrieved a UFO craft and extraterrestrial biological entities. Monroe’s threat to give a Tell All Press Conference in Aug 1962 led to her murder in a way that implicated Robert Kennedy, who visited her twice during her final hours to retrieve a red diary with the President’s UFO secrets.

This film will reveal for the first time in any documentary how Kennedy’s dramatic Sept 1963 initiative to cooperate with the Soviet Union’s Nikita Khrushchev on joint space and lunar missions included a secret attempt to share access to classified UFO files previously denied to his administration.

Finally, smoking gun documentary evidence that Kennedy was assassinated before his efforts to gain access to classified UFO files succeeded will be examined along with the shadowy force and key figures behind his assassination.

Kennedy’s last Stand will be approximately 45 mins in length, and is planned to be released shortly before the Nov 22 anniversary of JFK’s assassination.

To learn more or to support this Kickstarter project, please visit the Kickstarter Film Project webpage, or the official film website – www.KennedysLastStand.com.