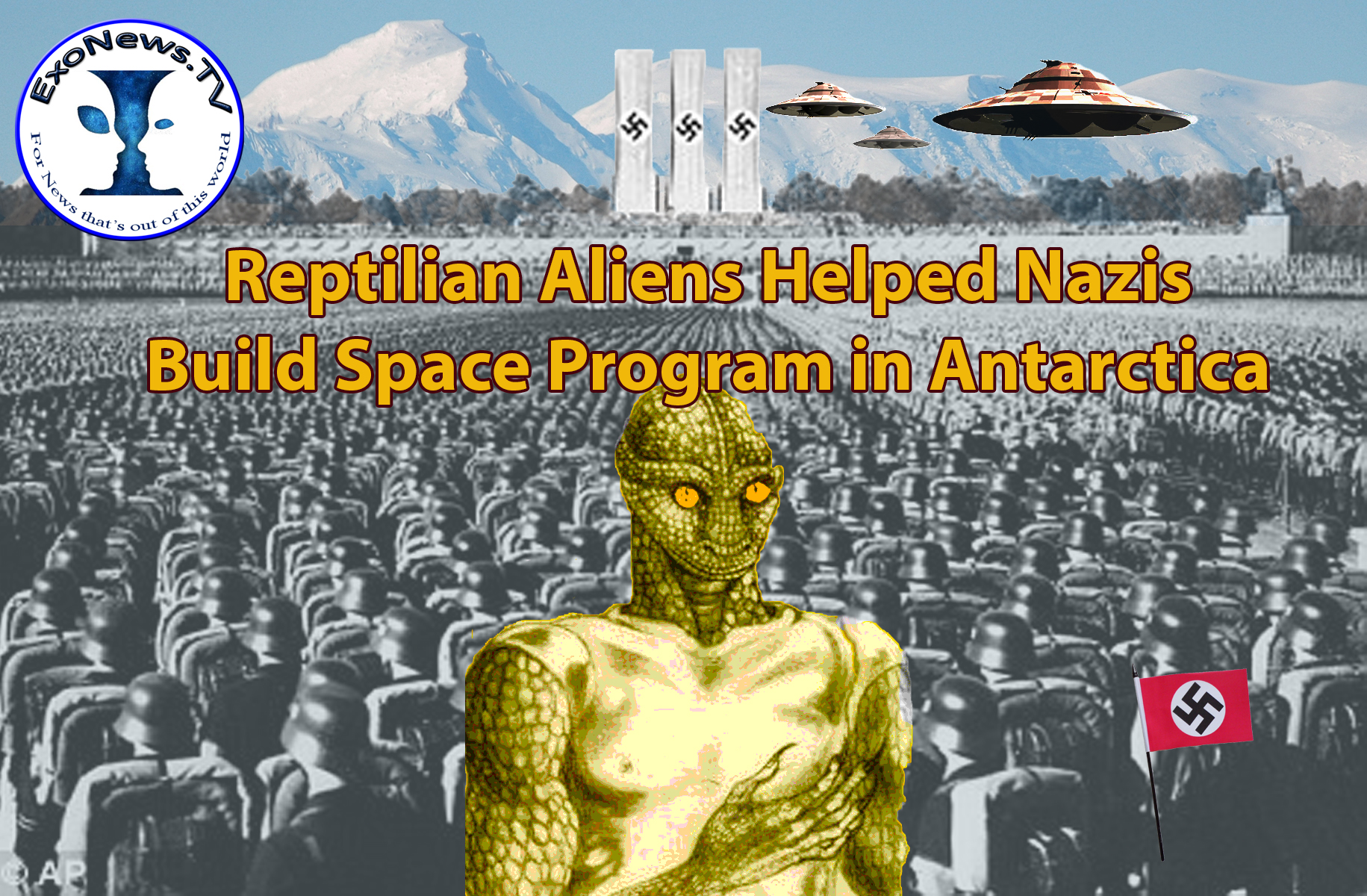 What follows is the transcript of William Tompkins responding to questions on the third ExoNews TV episode (see above) presenting his testimony.

[For introduction and analysis of Tompkins Testimony click here]

Did the Navy Spies talk about the Nazis landing on the Moon, landing on Mars?

WT – The operatives found this data and they bring it back to the Admiral’s secret office at the top of the building. You can see the building from when you land over at North Island. These fellows were all over the occupied areas in Germany, and they found all of this equipment. They found the program for extended life. That wasn’t really an extended life. It was a life program that the extraterrestrials were already doing.

RW – Did the Nazis have this technology?

The move from Germany to Antarctica was in operation from 1934 [Note: The Third German Antarctic Expedition occurred in 1938-1939] way before the war started. In fact some of the stuff went down in 1913 [Note: The Second German Antarctic Expedition was from 1911-1913]. Large portions of equipment went sent down there. But right next to them were three tremendous size caverns which the Reptilians had. Not Grays, but Reptilians. Germany got two more, about a tenth the size of the big Reptilians [cavern]. They were able to … [go] down, usually by submarine. They built these flat submarines, these regular class, so they could ship all this stuff down. Here they were shipping stuff down, right after the turn of the century.

Whether they had convinced themselves that they didn’t care or they weren’t interested in the war, whatever it was, like the Vril Society, they had almost 90 percent of everything that it takes to build extraterrestrial vehicles, whether they were saucers or cigars.

They had that down to Antarctica by 1932. Some of it was going down. Not the main programs, but they had copies of everything that was necessary to build these. They were building these, in production, all over the occupied countries. The production facilities were [using] slave labor… The German population didn’t know anything about this. It was all classified.

RW – Were the UFOs [built] in Germany or down in Antarctica?

WT  – The people in Germany knew nothing about it. In Antarctica they knew everything.

RW – Where were the UFOs, the craft, being built? In Germany?

WT – They built the prototypes in Germany. They built pre-protype, something which is ready for production, in Antarctica. They put this stuff in production in the countries all over Germany [Occupied Europe], and they continued to build similar vehicles in Antarctica…

Now the question was asked whether did we ever get to the Moon? You see it was in some way, it was well known that the Germans had a number of vehicles that flew out and came back. One of the first ones, they got into trouble, they crashed and the whole group died. But that was almost all coming from Antarctica. Way before, four years before, the war ended, they were always moving all of this stuff out. And so the flights, almost everything came from Antarctica with the same people.

MS – So during the war years, from Antarctica the Germans were basically launching these craft, the Moon was one of many destinations they tried [reaching].

WT – Yes, I don’t know if it was true or not, but it was stated by some of those fellows [Navy spies] that they had gone to other stars and come back.

MS – So that would be corroboration that the so called Andromeda Device which was based on some principle of teleportation actually was viable that they were able to use the Andromeda Device to get to other star systems like Alderbaran, and come back?

MS – In the next episode of ExoNews TV, we will hear from William Tompkins how the Nazis used slave labor in their hidden Antarctic bases, and that the Italian government had also developed a flying saucer program headed by the famous inventor, Gugliemo Marconi that was secretly operating out of hidden South American locations.