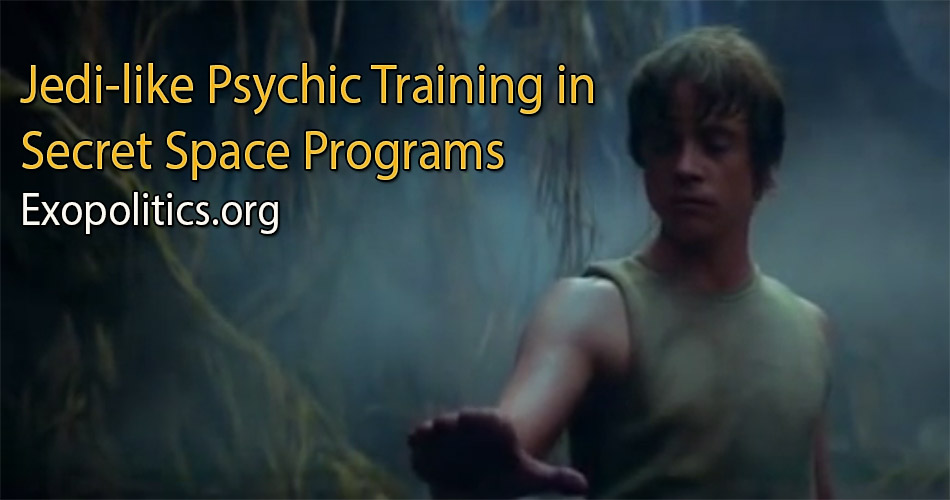 Goode described how stimulation of the pineal gland was identified by the secret space programs as the key to personnel developing powerful psychic abilities. He says that after stimulation of the pineal gland, a variety of psychic abilities such as out of body travel and teleportation were developed using what he described as a person’s “light body”:

A lot of beings use the pineal gland and their light body to project their consciousness and inner selves to other physical locations and then send that information back through that connection into their physical bodies and then change the vibrations of their physical bodies to match the vibration of the location that they are at and then the body teleports to that location and rejoins the consciousness or what some people are saying are having out-of-body experiences or projecting their minds – a lot of different terminology for what these more advanced beings were doing.

Goode says that part of the training involved visualization of energy spheres that could actually be made physical by the more advanced instructors who could use them as weapons.

Goode’s description of the training closely matches what was depicted in the Jedi training found in the Star Wars movies. He describes the training as having elements of both the more positive Jedi philosophy, and the darker Sith practices where psychic abilities were used for destructive purposes. Goode referred to David Wilcock’s book, The Source Field Investigations and said:

These people were the ones that believed very much in the like Star Wars, Jedi, the Force. And you wrote a book, The Source Field. They harnessed what they would call like the dark side of the Source Field or the dark side of the Force, and they were very much into like really the straight out of Star Wars – the Jedi, the Dark Lord Sith kind of magic energy that they pulled from the ether or the universe.

Goode’s account of psychic abilities being harnessed for both positive and negative purposes corroborates the testimony of another secret space program whistleblower.  Michael Relfe, who went public with his testimony in 2000 with publication of The Mars Records, claims to have served for 20 years on Mars after having his psychic abilities enhanced through genetic alterations conducted by extraterrestrials. The alien abductions, which occurred during his youth, were closely monitored by the U.S. Navy. In 1976, Relfe enlisted in the Navy and soon after was recruited for covert service on Mars until 1996, when he was age-regressed and sent back in time to 1976.

Goode described the need for psychically grounding oneself in order to fully access the energies from “The Force” coming through the activated pineal gland. He says that grounding was possible through the Earth, the Sun and Galactic Center, all of which allowed one to access more and more of the Force permeating the universe.

Goode went on to describe how the psychic training involved being immersed in virtual realities where one had to increasingly rely on intuition to win.  Psychological profiling was also conducted in order to identify sociopaths who, like Relfe, could be used to perform difficult assignments like psychic assassination.

[Note: The first two episodes of Cosmic Disclosure are available for free on the Gaiam TV website. The first episode is on Youtube.  To watch the whole season of Cosmic Disclosure, you need to subscribe to Gaiam TV. If you subscribe using this link, then a portion of your monthly subscription will go towards supporting Corey Goode as he continues his disclosures. His  website is here.]