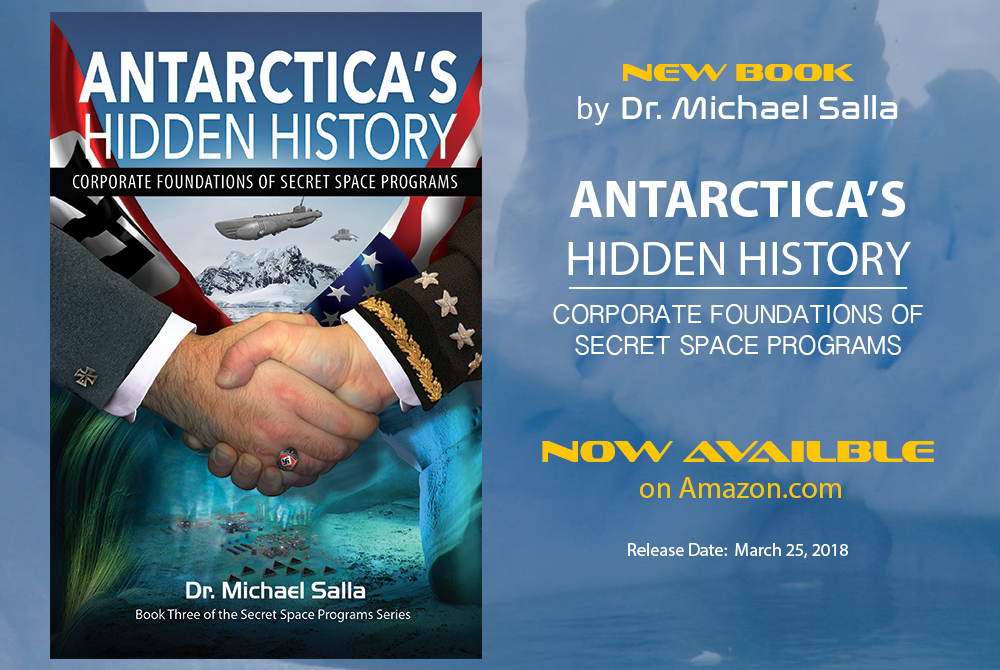 Written by admin on March 24, 2018. Posted in Announcements, Featured Whistleblower claims substantiate that many of the classified programs conducted there violate the 1961 Antarctic Treaty, and constitute “crimes against humanity” due to the abuse of a captive slave labor force. Dr. Michael Salla daringly exposes the major corporations involved in these illegal programs, and how the truth is hidden from company shareholders and the public. Today, Antarctica’s secrets are slowly being revealed by the increasing volcanic activity that is melting the massive ice shelves, exposing ancient artifacts and crashed extraterrestrial spacecraft.

Full disclosure of Antarctica’s history, and current events involving multiple space programs and transnational corporations, will vitally aid in transforming our planet, and prepare humanity for the major geological events that lie ahead as the melting ice unveils all that has previously been hidden.