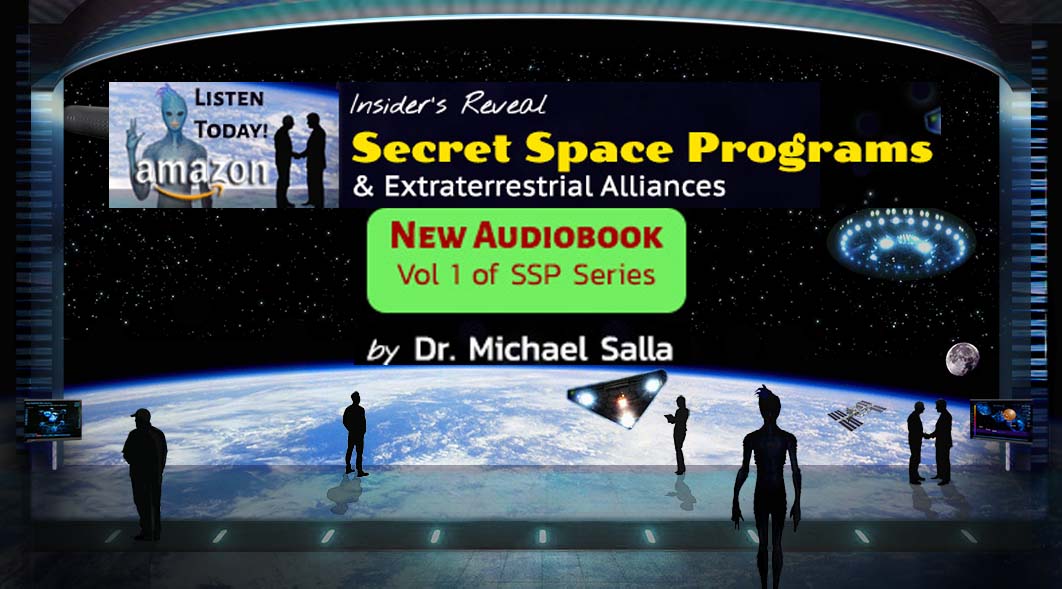 Written by admin on December 24, 2018. Posted in Announcements, Featured The Amazon bestselling book that launched the Secret Space Program Series by Dr. Michael Salla is finally available as an audiobook. Get it here!

Classified space programs have been an integral part of a complex jigsaw puzzle concerning UFOs, extraterrestrial life, ancient civilizations and advanced aerospace technologies, which have long defied any coherent understanding. Now finally, we have something to put all the pieces together with the disclosures of secret space program whistleblower, Corey Goode. A detailed investigation of Goode’s and other insider testimonies reveals the big picture of a parallel world of secret space programs and extraterrestrial alliances.

Learn from this audiobook: how the Vril/Nazi flying saucer programs in the 1930s gave birth to the ‘Dark Fleet’; how Operation Paperclip scientists both helped and hindered the development of the US Navy’s ‘Solar Warden’; how the MJ-12 Group was behind the creation of the ‘Interplanetary Corporate Conglomerate’; and how Ronald Reagan was instrumental in the creation of the ‘Global Galactic League of Nations’ space program. Finally, learn how the Sphere Being Alliance and other extraterrestrials interact with these programs. The full disclosure of secret space programs and extraterrestrial alliances will unshackle the chains of deception holding humanity back from reaching its highest potential as galactic citizens.

The audiobook includes an added preface and afterword not found in the Paperback and Kindle editions.

Available on Audible.com and Amazon.com.