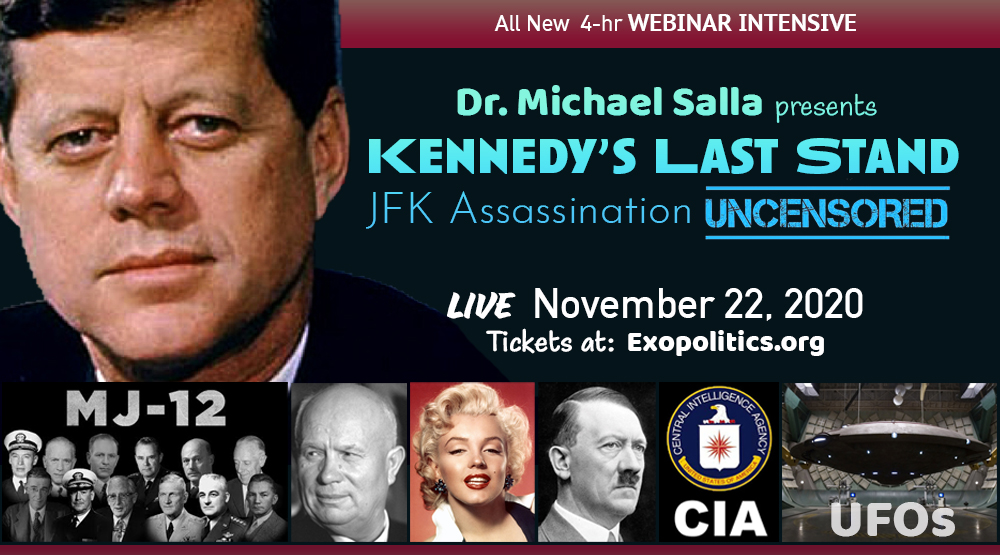 In the final two weeks of his life President John F. Kennedy reached a momentous agreement with the leader of the Soviet Union, Nikita Krushchev, for joint missions to the Moon and for the open sharing of classified UFO files.

The Kennedy-Khrushchev agreement was the culmination of a three-year struggle waged by Kennedy to gain access to this country’s classified UFO files. Kennedy’s bold plan was to publicly disclose the truth about extraterrestrial life and reveal the existence of a secret space program run out of Antarctica by a surviving Nazi group intent on ushering in a new Fourth Reich.

Majestic 12, a secret inter-agency committee appointed as the custodians of classified UFO files, were so threatened by the Kennedy-Khrushchev agreement that this powerful group issued an assassination directive. It was carried out to its bloody end by none other than the chief of the CIA’s counterintelligence division, James Jesus Angleton.

The CIA assassination plot was discovered independently by two Army cryptographers who each attempted to warn the President. However, both cryptographers were silenced, jailed and placed in mental institutions and the whole affair remained secret for over 50 years until thousands of Kennedy assassination files were declassified by President Trump in 2017.

In this four-hour webinar you will learn the dramatic and long hidden truths behind the Kennedy Assassination: