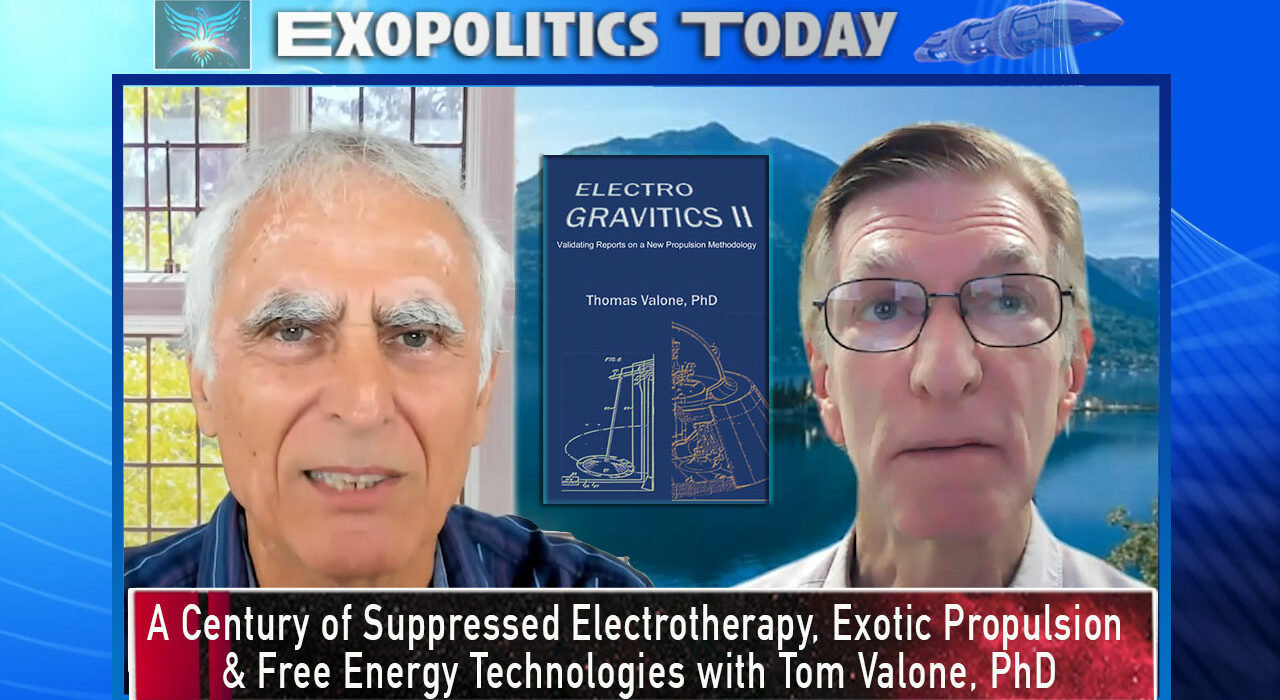 Written by admin on July 19, 2022. Posted in Announcements, Featured, Inteviews

Tom Valone, Ph.D., P.E., is a retired Patent Examiner who has specialized in Future Energy technologies developed by Nikola Tesla and other inventors since 1984 when he gained his Masters Degree in Engineering Physics. He worked as a College Instructor in Physics, Robotics and Engineering Physics and earned his Professional Engineer (P.E.) license in 1990. He began working as a Patent Examiner at the US Patent and Trademark Office (USPTO) in 1996.

In 1999, Dr. Valone organized his first Conferences on Future Energy that was scheduled to be held at the US State Department, but led to media controversy when one of the scheduled presenters was to speak about the viability of Cold Fusion technology. The resulting Cold Fusion controversy led to the State Department officially withdrawing its support, forcing the Conference to be relocated to another venue, and his sacking by the USPTO. This led to a six year legal battle, which resulted in him being eventually reinstated in 2005, after gaining his Ph.D. in General Engineering.

Dr Valone retired in 2017 after a 20 year career at the USPTO as a federal employee, and began working full time at his non-government organization, the Integrity Research Institute. He has written or edited multiple books dealing with Nikola Tesla, electrogravitic propulsion, electrotherapy, and zero point energy. He has personally invented or assisted in the invention of many breakthrough technologies, which are available at the Integrity Research Institute.

In this interview with Dr. Michael Salla, Dr. Valone discusses how he became interested in Future Energy, Nikola Tesla, a century of suppression of breakthrough technologies, the role of the USPTO in this suppression, the controversy over his 1999 Conferences on Future Energy, the creation of his Integrity Research Institute, and some of the breakthrough electrogravitic propulsion, electrotherapy, and zero point energy inventions he has personally worked on or whose development he has supported.

Bioenergy devices are available at bioenergydevice.org