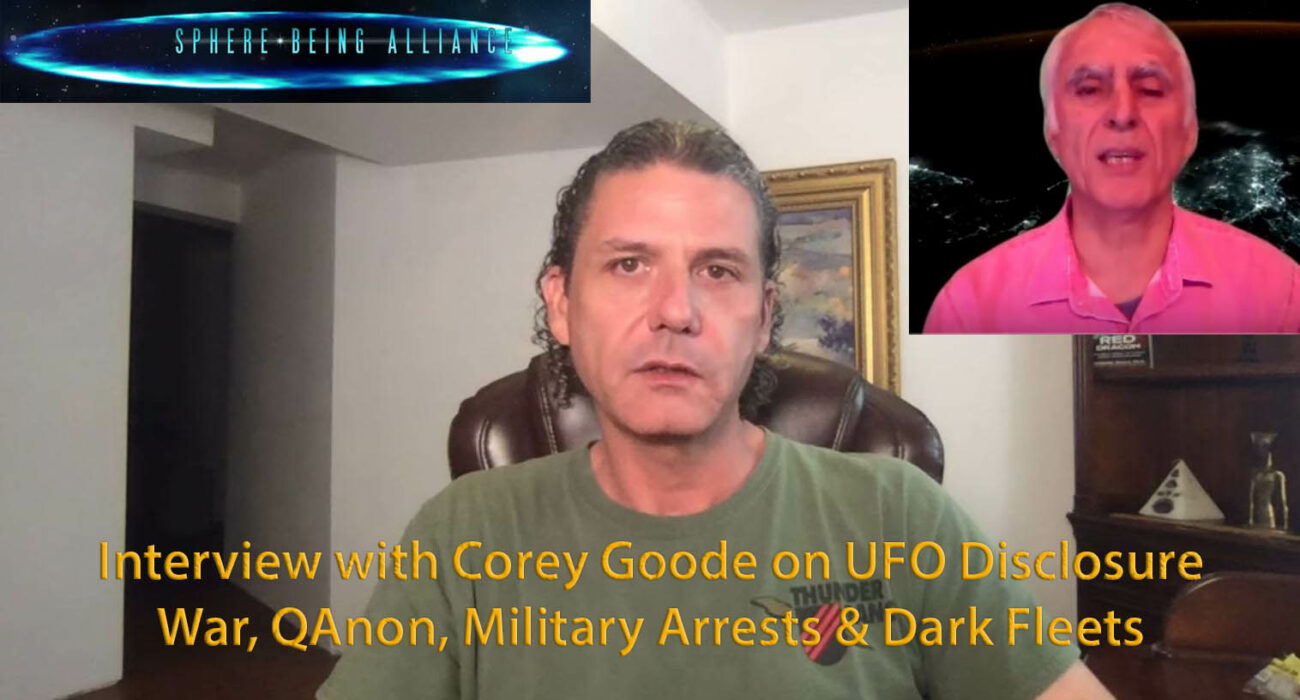 In a video interview released today, Corey Goode unpacks a series five tweets he released on August 16 where he shared new developments on secret military arrests, QAnon, a UFO disclosure war, a possible China coup, a rogue ballistic submarine that is part of a CIA “Dark Fleet”, and major disclosures to come in 2021 of an SSP also called the “Dark Fleet” originally created by a breakaway group of German nationalists in Antarctica. In the interview, Goode responds to my questions about the resumption of informal briefings he has begun receiving again from reliable sources in the intelligence community after a lapse of more than a year, along with what we can expect in the future.