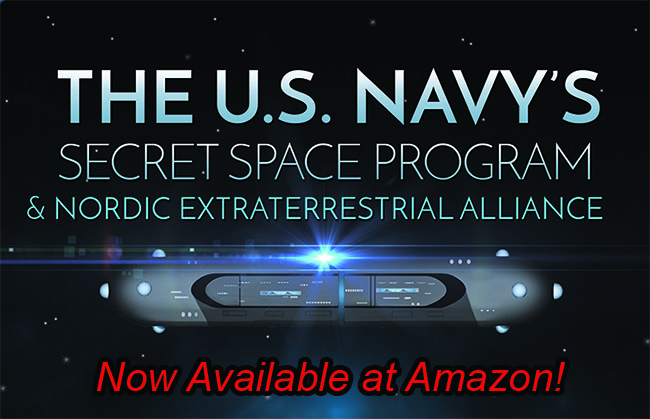 Will disclosure take place to bring about a better future for all of us?

There is extraordinary hope in our midst. The Los Angeles Air Raid on February 24/25, 1942 opened an unprecedented chapter in the evolution of the U.S. Navy. In response to this incident, a covert research program to investigate the feasibility of exotic antigravity propulsion technologies was developed.

In addition, Navy operatives were embedded in Nazi occupied Europe to learn about the Germans’ advanced saucer programs, and they discovered the Nazis were receiving assistance from two extraterrestrial groups with very different agendas.

The debriefing of the operatives took place at Naval Air Station, San Diego, and were led by Rear Admiral Rico Botta. He instructed a “Disseminator of Naval Research and Information”, William Tompkins, to take confidential briefing packets to select think tanks, corporations and university departments around the country.

Later, Tompkins worked with a number of leading aerospace companies to design massive spacecraft for a secret U.S. Navy space program, which fatefully came to be assisted by extraterrestrial visitors described as “Nordics”.

An extensive number of documents substantiate Tompkins’ claims of the existence of a covert Navy program to study, design and build deep space battle groups. They became operational in the 1980’s. Now the Navy has a new goal to enact a plan to level the playing field, and the election of President Donald Trump may just be the wild card they needed to reveal … everything!

About the Author: Dr Michael Salla is a former university professor in international relations, and is the author of Insiders Reveal Secret Space Programs and Extraterrestrial Alliances (Book 1 in Secret Space Program Series, 2015), which has received over 200 reader reviews; and author/editor of nine other books dealing with ‘Exopolitics’, International Conflict, U.S. Foreign Policy  and Global Peace.