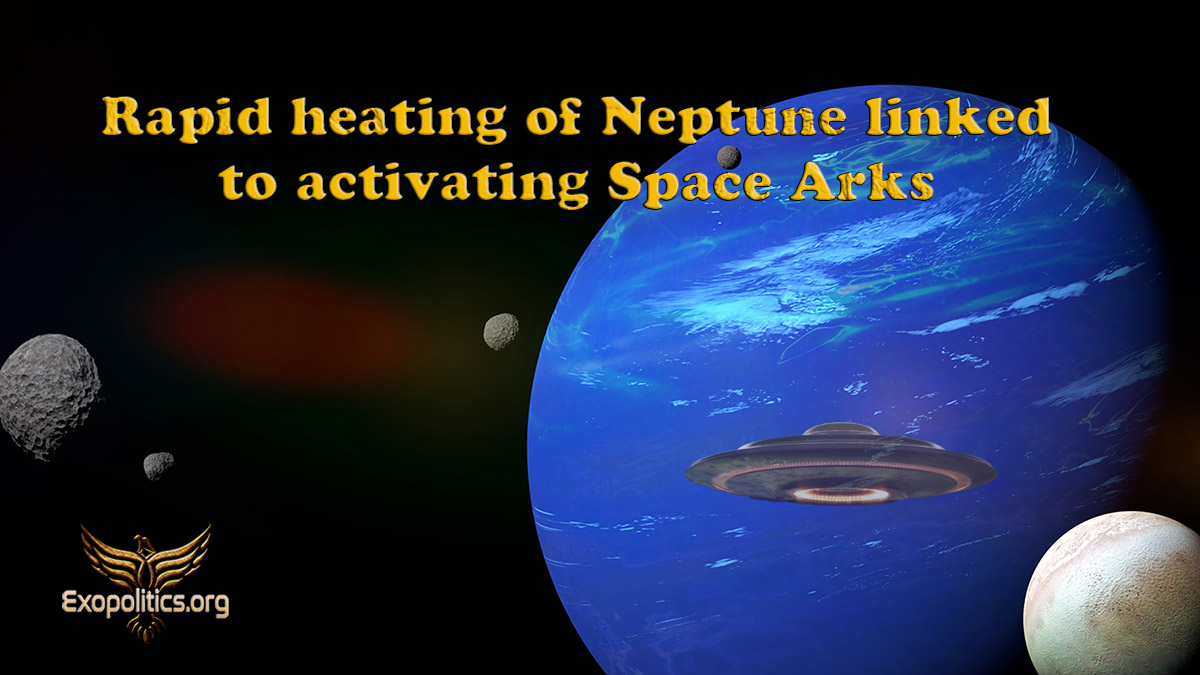 Astronomers are baffled by the rapid heating of the South Pole of the planet Neptune recently detected by ground-based telescopes in Chile and Hawaii. The heating corroborates a recent prediction by Thor Han Eredyon of the Galactic Federation of Worlds that Neptune would soon experience remarkable changes due to the activation of space arks resulting from the arrival of the Intergalactic Federation, aka extraterrestrial Seeders or Guardians.

On April 11, 2022, a team of astronomers discussed a paper published in The Planetary Science Journal that tracked atmospheric temperatures over 17 years on Neptune. An article in Phys.org summarized what had been observed:

[D]ata showed that, despite the onset of southern summer, most of the planet had gradually cooled over the last two decades. The globally averaged temperature of Neptune dropped by 8 °C between 2003 and 2018.

The astronomers were then surprised to discover a dramatic warming of Neptune’s south pole during the last two years of their observations, when temperatures rapidly rose 11°C between 2018 and 2020. Although Neptune’s warm polar vortex has been known for many years, such rapid polar warming has never been previously observed on the planet.

The telescopes used to monitor Neptune’s weather included the European Southern Observatory’s Very Large Telescope and the Gemini South Telescope that are both located in Chile; and the Keck, Subaru, Spitzer, and Gemini North telescopes that are all located on Hawaii’s Big Island. 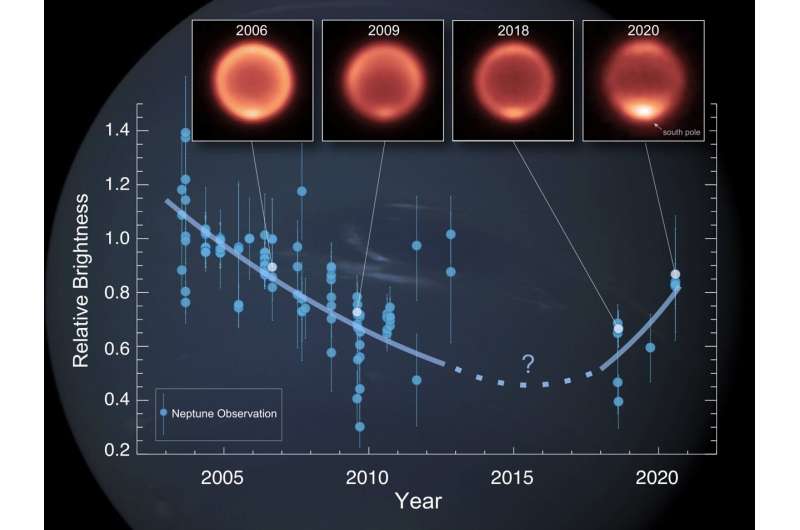 Importantly, the astronomers could not explain both the cooling and rapid heating of Neptune:

Because Neptune’s temperature variations were so unexpected, the astronomers do not know yet what could have caused them. They could be due to changes in Neptune’s stratospheric chemistry, or random weather patterns, or even the solar cycle.

There is, however, another explanation that the team of astronomers did not consider for the rapid heating. The activation of Space Arks that had previously laid dormant in Neptune’s icy interior until the arrival of fleets of ships belonging to the Intergalactic Confederation.

On March 28, Elena Danaan received the following message from Thor Han about changes in our solar system caused by the arrival of the Seeders/Guardians that can be traced back to the interstellar object, Oumuamua in October 2017:

The ships are coming, the Guardians are on the outer orbit of Terra, four ships for the moment. They are watching, in time dilation. Suspended in time like the old Oumuamua. It was one of their ships. It has activated. The ones in the ice belt have activated too. And all the others, one by one, on all the planets. Neptune is next. You will see, you will hear about Neptune soon. But don’t forget to tell them: They are lucky and privileged to see this.

Thor Han’s message clearly links the sudden heating of Neptune’s South Pole to one or more activating space arks that began with the October 2017 arrival of Oumuamua and accelerated with the arrival of the Seeder’s space fleets in October 2021.

Thor Han’s prediction is quite remarkable given that it preceded the results of the astronomer’s observations published two weeks later in The Planetary Science Journal.

In addition, Thor Han’s reference to space arks activating in the “ice belt” refers to the recent heatwave increase in East Antarctica. Temperatures increased by as much as 70 degrees over a wide area centered around the Vostok region, which I discussed in a previous article.

The results of the long-term atmospheric study of Neptune clearly validate the information received by Elena Danaan from Thor Han Eredyon about activating space arks in our solar system. The results of the Neptune scientific study give great confidence that we are about to witness astounding results as the space arks continue to activate as the extraterrestrial “Seeder” fleets spread out throughout our solar system and arrive around the Earth.

A video version of this article is on YouTube & Rumble

[Update April 15, 2022 – Elena Danaan first publicly revealed Thor Han’s prediction about Neptune being affected by activating space arks in a March 29 YouTube announcement. Here’s the link and timestamp. She followed up with a YouTube video on April 12 discussing three articles covering the heat increase on Neptune.]

To learn more about Thor Han Eredyon, the Galactic Federation, and other extraterrestrial organizations currently operating in our solar system, I highly recommend Elena Danaan’s book, We Will Never Let You Down (2021).

To find out about the history of the Extraterrestrial Seeders and how their recent arrival has activated long dormant Space Arks hidden on Earth and our solar system, I recommend my April 9, 2022, webinar, which is now available on Vimeo. 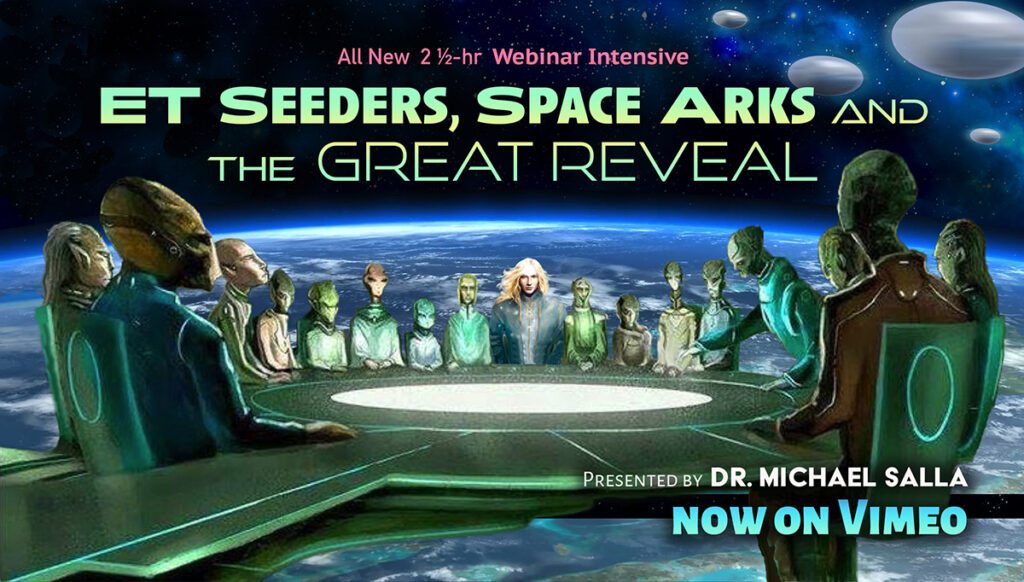