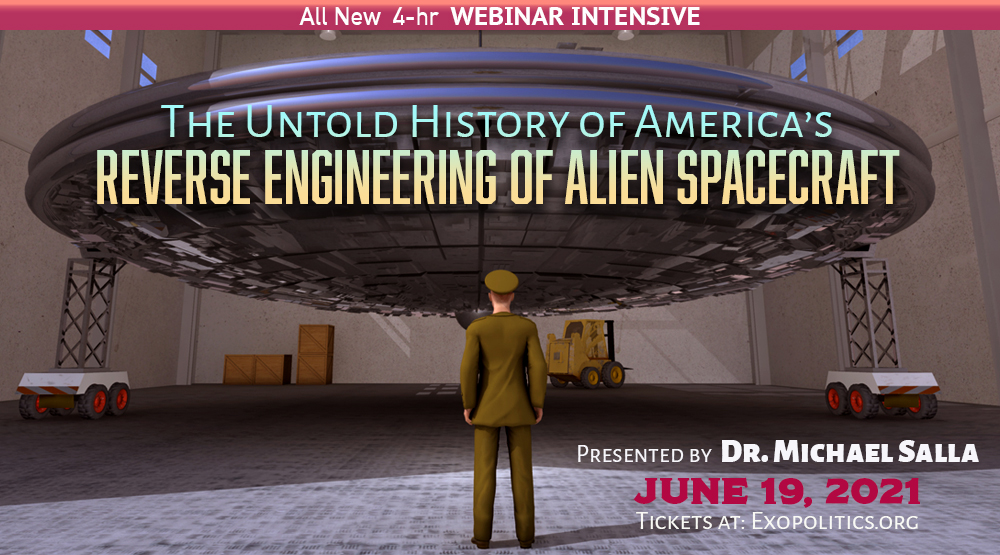 We are on the verge of an official report being delivered by the Intelligence Community to the US Senate acknowledging the reality of  Unidentified Aerial Phenomena (UAPs/UFOs) as an unknown national security threat. The Deep State will use all its political and media assets to perpetuate a major lie over the origin of these craft and the threat they pose. In fact, it is well known by many within the intelligence community that most of the UAPs/UFOs seen over the US and around the world are reverse engineered extraterrestrial spacecraft.

In the immediate post-World War II era, leaked documents reveal that the US military embarked on an ambitious research and development program aiming to reverse engineer recovered extraterrestrial spacecraft. Military laboratories, government funded think-tanks, scientific advisory groups, and leading aerospace corporations collaborated in trying to understand the highly advanced alien technologies, but their combined efforts resulted in limited progress. This is because most of the retrieved craft were Trojan horses, insofar as the technologies were too advanced for Earth’s scientific community, thereby luring US policy makers into seeking extraterrestrial assistance.

Technological breakthroughs only occurred with the assistance of German scientists brought into the US through Operation Paperclip with links to a breakaway German colony in Antarctica, and with extraterrestrial entities found at crash sites willing to assist. There appeared to be two distinct alien factions willing to share their technology secrets with the US military. Eventually, several agreements were reached during the Eisenhower administration which made reverse engineering possible, and major aerospace companies were enlisted for projects that received the highest security classification possible. These covert reverse engineering efforts led to the development of advanced technologies used in multiple secret space programs underway today.

In the meantime, the US intelligence community initiated a sophisticated psychological warfare operation to hide these reverse engineering programs, the reality of extraterrestrial life, and the existence of a German space program out of Antarctica. Today, we are on the verge of an official disclosure initiative that is best described as a Limited Hangout designed to deceive and mislead the public. It will depict UFOs as an unknown national security threat, requiring massive military investments and further, instigate new levels of public fear through controlled media manipulation.

In order to understand what is coming, everyone needs to know the historical background which illuminates many of the lies already being spun around disclosure. This is particularly the case when it comes to an emerging disclosure narrative that is likely to acknowledge the existence of recovered extraterrestrial craft, while depicting US reverse engineering efforts as historically unsuccessful.

In this webinar, Dr. Michael Salla, author of the best-selling Secret Space Programs series will reveal the full extent of the massive reverse engineering efforts set up in the US, and how this relates to the scheduled June 2021 Unidentified Aerial Phenomenon report to be delivered to the US Congress.