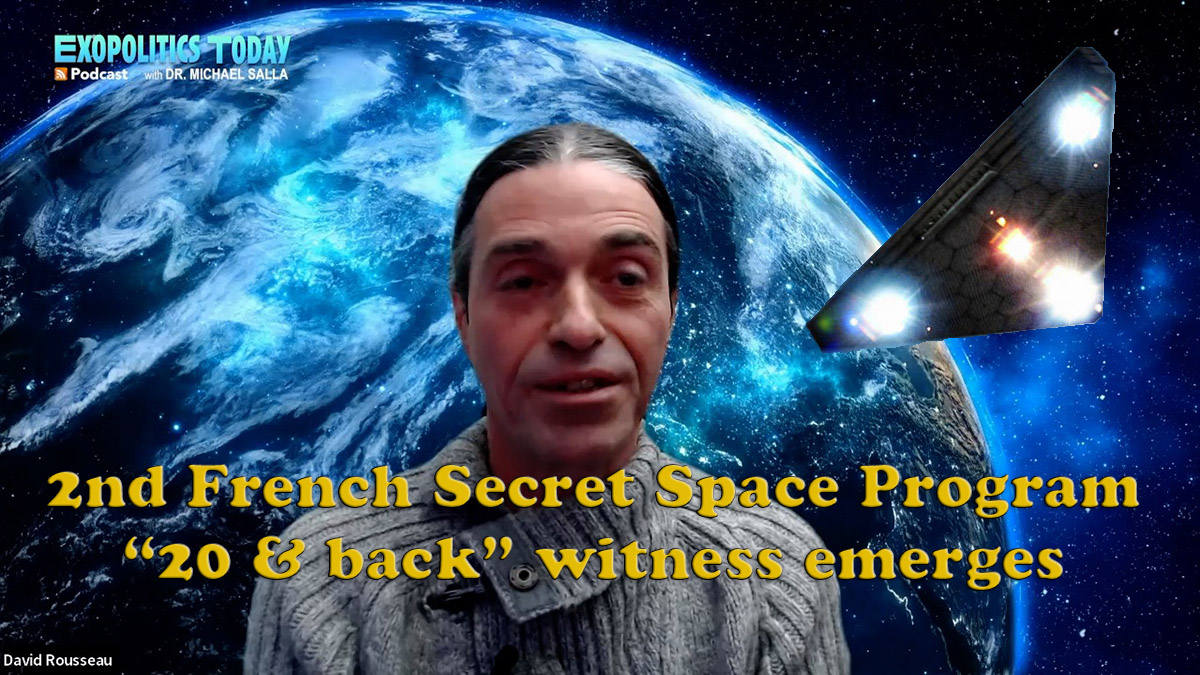 At age eight, David Rousseau was recruited into a secret space program jointly run by the US and France, and served for 20 years before being age-regressed and returned back in time to 1981. In this first interview for an English-speaking audience, David explains how an alien abduction at age six first brought him to the attention of secret space program authorities. He was recognized to have exceptional psychic and intuitive abilities which led to him accepting an offer by an American general, who spoke French, to join a joint secret space program.

In 1981, David was sent to Area 51 for his initial training and induction into a joint secret space program called “Solar Warden”. He was then sent to serve on the “Solaris”, one of at least two large spacecraft belonging to the US French Secret Space Program. There he met with Maria Orsic who trained him and other children to develop their psychic abilities. It was during his initial service on the Solaris, that David met Jean Charles Moyen (another US French secret space program participant), then aged 12, and they became firm friends and colleagues. Their mutual recognition 40 years later is discussed in the second volume of David’s four volume series of books which was recently published in French, and will soon be available in English.

Many thanks to Malou Panchèvre for translating David Rousseau’s interview.

If you wish to listen to David Rousseau’s responses in French without the English translation, click here.

Thanks to David for permission to use images of Grays and Draconians he encountered.