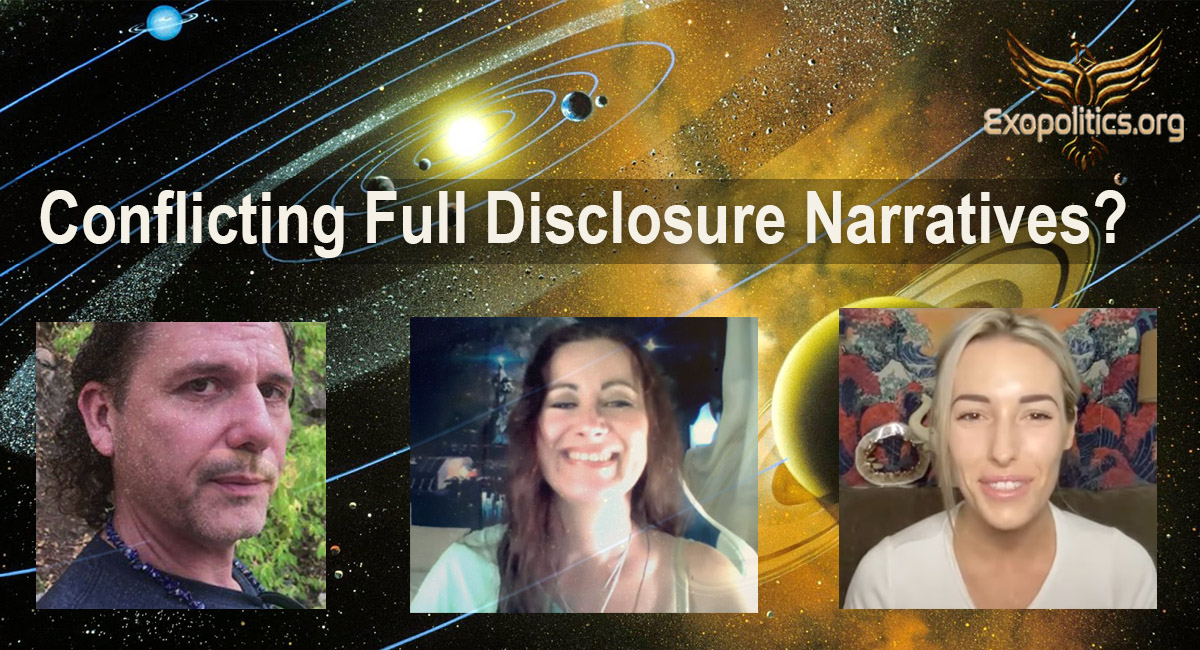 Many people are asking me about the conflicting intel coming from Secret Space Program insider, Corey Goode, when compared to the intel being presented by the extraterrestrial contactees, Elena Danaan and Megan Rose. Corey has recently put out a video and statement with his update on the current exopolitical situation that people are asking me about given my ongoing series of articles on updates provided by Elena and Megan. In response, Elena and Megan put out their own video where they explained their intel and sources, and why its not “pie in the sky hopium”.

There does indeed appear to be conflicting intel coming from Corey and Elena/Megan about the present state of exopolitical affairs in terms of the current operations of the Dark Fleet, Draco/Orion Alliance and Interplanetary Corporate Complex. Corey’s latest update suggests that the latter remain very much alive and operational in our solar system, while the Earth Alliance has recently suffered some serious reversals. On the other hand, Elena/Megan’s information suggests that the Dark Fleet, etc., are in disarray and in varying states of collapse, with power being transferred to the Earth Alliance who are taking control of our solar system.

On the surface, there does appear to be something indeed awry between these two narratives. It may well be that we are witnessing two timelines with distinct possibilities of playing out depending on which narrative is adopted by the collective consciousness. These parallel timelines boil down to whether or not you believe the Deep State is in control of planetary affairs through the Biden Administration and is moving forward with its nefarious agenda, or whether White Hats/Earth Alliance are in control behind the scenes.

This latter approach is very popular with the Patriot community who are citing many confidential insider sources that the Biden Administration is part of a national and global show being allowed to exercise power in order to wake up “the normies.” This is a perspective that a lot of intel points to in my opinion. Individuals such as Juan O Savin appears to be very well informed on what’s happening behind the scenes in conventional politics as expressed in his interviews and book, A Kid by the Side of the Road. His is a perspective I very much share.

So there are two timelines, and two perspectives on what is really happening around the planet depending on what you accept as truth regarding the Biden Administration/Deep State and White Hats/Earth Alliance. I believe that something similar is happening in space.

The ETs/Galactic Federation working with Elena and Megan are clearly influencing our evolution towards a Star Trek Future with their intel drops. This Star Trek Future is well backed up by ongoing space developments such as the signing of the Artemis Accords, the establishment of Combined Space Operations Initiative under US leadership, companies being encouraged to build Moon landers and to go out into deep space, and newer companies such as SpaceX being given major NASA contracts over older ‘Deep State’ companies such as Lockheed, Boeing, Northrup Grumman, etc.

As I’ve repeatedly cited in my articles, books and webinars, the creation of a Star Trek Future is the optimal timeline being pursued by the US military and space leadership as outlined in the 2019 Space Futures Workshop, which is a matter of the public record.

As I explained in a video excerpt from my last webinar, the Galactic Federation’s Prime Directive that was released by Elena, appears to be the source of the fictional Prime Directive found in a 1987 book by Bernard Menke and Stuart Rick, The Federation. This is powerful corroborating evidence that the Galactic Federation has been working with the US Navy and Earth Alliance since at least the 1960s in bringing about a Star Trek Future.

Ultimately, these conflicting narratives emanating from Corey and Elena/Megan may boil down to a more optimistic cup is half-full approach versus a cup is half-empty approach to understanding what is happening in the exopolitical arena.

Corey is taking the more pessimistic cup is half-empty approach based on his intel sources, which mirrors what appears to be happening in the conventional political arena around the planet. In contrast, Elena and Megan are taking the more optimistic cup is half-full approach in relaying the intel provided by their Galactic Federation sources about events unfolding behind the scenes.

At this time in our history, when humanity appears to be collectively experiencing a dark night of the soul, I believe it very important that we focus on more optimistic information since this does influence the timelines.

As the old adage tells us, “where attention goes reality flows.” That is the reason why I have been promoting Elena and Megan’s intel recently. I believe it presents a more desirable direction we should collectively take the planet, and it is well supported by many space events as I have been explaining in my recent updates.