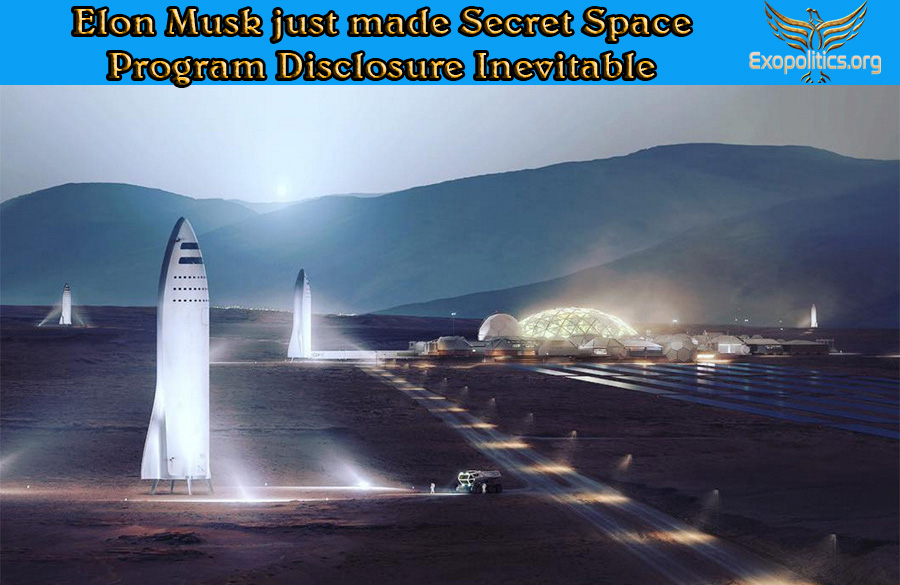 Today at the International Astronautical Congress in Australia, Elon Musk unveiled his plans for the “Big F*cking Rocket” (BFR) which will be the means of turning humanity into a spacefaring civilization. He aims to cannibalize his fleet of Space X rockets and reentry capsules to create a fleet of BFR rockets capable of cutting the travel time between major cities on earth to less than an hour, and making possible the establishment of human colonies on the Moon and Mars.

His BFR rocket will use huge tanks of super-cooled liquid oxygen as the propulsive force. He plans to first build BFR rockets to cut travel time between major cities on Earth to under an hour. The flight time between New York and Shanghai, 7000 miles (11,265km) apart, would be 39 minutes.

Using revenue from his profitable satellite business, and future revenue from rocket travel between major cities, Musk aims to fund his more ambitious plans for colonies on the Moon and Mars. He set 2022 as the target date for his first BFR rockets to Mars. What makes Musk’s vision of humanity becoming a spacefaring civilization remarkable is that it uses conventional rocket technologies to achieve his goals in less than a decade. Given his proven track record in building a profitable commercial space company from scratch, there’s little doubt that he can succeed in his goal.

Importantly, he stresses that his plans for BFR will make it possible for everyone to fly into space in short trips between major cities for the equivalent “a full fare economy in an aircraft”. This will revolutionize the aviation industry, and will certainly get the attention of Boeing, Airbus and other major aviation companies.

This raises the question of how does Musk’s plans for the BFR impact on disclosure of secret space programs using classified antigravity and torsion field technologies as reported by multiple insiders and whistleblowers? The most powerful impact is that it will allow many people to actualize their dream of space flight.

Even if limited for most to a short terrestrial trip, from say New York to Shanghai, Musk’s plan breaks the glass ceiling on who can become a spacefaring astronaut. A big part of the reason why secret space programs where able to develop without the knowledge of much of the planet’s population was that space travel was beyond the reach of the common person.

Rumors of antigravity and torsion field propulsion technologies just didn’t inspire people to investigate since most assumed that space was for the select few, and not for the uninitiated many. Musk’s BFR changes that perception forever.

Now everyone can dream of becoming a spacefaring astronaut, and the technologies that can facilitate that more quickly and safely will now get on people’s radar. Rumors of secret space programs run by the US Air Force, US Navy, multinational corporations, etc., will get people to take claims of suppressed technologies very seriously.

The testimony of insiders and whistleblowers with knowledge of secret space programs will attract people’s attention, leading to further important leaks by sympathetic elements within the military industrial complex. This is exemplified in a recent series of triangle shaped UFOs being photographed near MacDill Air Force Base.

These mysterious craft which appeared just before Hurricane Irma hit the Tampa Bay region, were capable of maneuvers only possible for craft using antigravity and torsion field technologies, which overcome the law of inertia.

People will take such reports and sightings more seriously reasoning that if antigravity and torsion field technologies have been safely developed for secret space programs, then why not have national governments take steps to declassify these for the nascent commercial spacefaring industry open to all?

Make no mistake, Musk’s effort to turn humanity into a spacefaring civilization using conventional rocket technologies, will accelerate the disclosure process. His bold vision for BFR rockets to cut travel time between Earth’s major cities to under an hour and for interplanetary travel with bases on the Moon and Mars, makes disclosure of secret space programs inevitable.