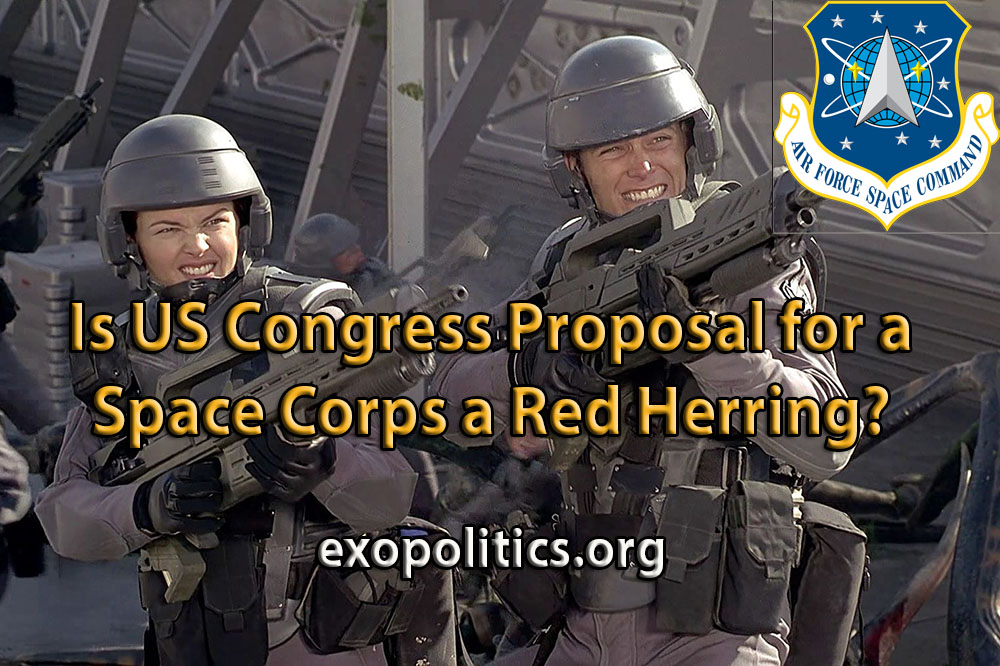 Is US Congress Proposal for a Space Corps a Red Herring?

The US House of Representatives passed a bill on July 14 that includes a proposal for the establishment of a Space Corps to be formed out of existing US Air Force space operations. The proposal suggests that the Space Corps have a relationship to the US Air Force that parallels the current US Navy relationship with the Marine Corps.

What makes the proposal interesting is that it is being opposed by the US Air Force and the White House, both believe such a separation is unnecessary. According to Air Force Chief of Staff, General David Goldfein:

If you’re saying the words separate and space in the same sentence, I would offer, you’re moving in the wrong direction.

Similarly, the White House released a statement saying “the creation of a separate Space Corps … is premature at this time.”

Why is Congress attempting to push through a radical restructuring of USAF over the objections of senior military officials?

For an answer, we can examine the possibility that the USAF runs a second tier secret space program, and that the “real” or “first tier” space program is run by the US Navy. Indeed, this is precisely what was indicated by British hacker, Gary McKinnon, who found a list of “non-terrestrial officers” and “fleet to fleet” transfers.

The language found on the hacked Pentagon documents is clearly suggestive of a US Navy led secret space program. Does the Navy have space fleets where such transfers are a regular occurrence for its “non-terrestrial officers”?

Such a possibility has been solidified by a number of alleged secret space program whistleblowers, which began with Michael Relfe in 2000, Randy Cramer in 2014, and Corey Goode in 2015. All three, to varying degrees, refer to a Navy led “Space Corps”, which has existed since at least 1976.

Furthermore, all three claim to have served in “20 and back” programs based on age-regression and time travel technologies, without any direct evidence to support their incredible claims. The lack of direct evidence has predictably led to many skeptics deeming such claims outlandish, “inherently unverifiable”, and calling for them to be dismissed from serious consideration.

The emergence of William Tompkins’ book in December 2015, Selected by Extraterrestrials, provided something these three alleged whistleblowers have lacked – verifiable documents pointing to the existence of a Navy-led secret space program. Tompkins’ extensive documentation has been analyzed at length in the 2017 book, The US Navy’s Secret Space Program and Nordic Extraterrestrial Alliance.

Tompkins’ material affirms that a Navy led “20 and back” secret space program exists and does use highly advanced age-regression technologies which he helped pioneer when working at the aerospace company TRW (now part of Northrup Grumman) from 1967 to 1971. He says that beginning in the late 1970’s the first working Navy prototype spacecraft were deployed.

Tompkins’ testimony and documents, along with Relfe, Cramer and Goode’s testimonies, provides an answer to what McKinnon says he saw in terms of “fleet to fleet transfers”. Furthermore, McKinnon’s “non-terrestrial officers” would refer to Navy personnel that are actively serving under “20 and back” or similar programs.

If the above testimonies are accepted, then it is quite clear that a Navy-led Space Corps has been in operation for over four decades. More precisely, there are “space marines” currently serving in space, performing similar duties to what marines have been doing under the banner of the Department of the Navy for over two centuries.

By Congress proposing a USAF led Space Corps, something that the Air Force leadership opposes, what effectively is happening is that the general public is being encouraged to follow a manufactured debate – a red herring. The idea is to mislead the public into believing that the USAF is the lead military service in space affairs, and that a “Space Corps” does not presently exist.

This is diametrically opposed to what Tompkins, McKinnon, Goode, etc., have revealed. Therefore, it is fair to conclude that the proposal to form a US Space Corps as a separate military service under the USAF is little more than a red herring aimed at distracting the public from what is really happening in deep space. The real intent behind the Congress proposing such a Space Corps may be to condition the general public to accept a future “limited disclosure” of a USAF space program, while hiding the truth about the far more advanced Navy program.