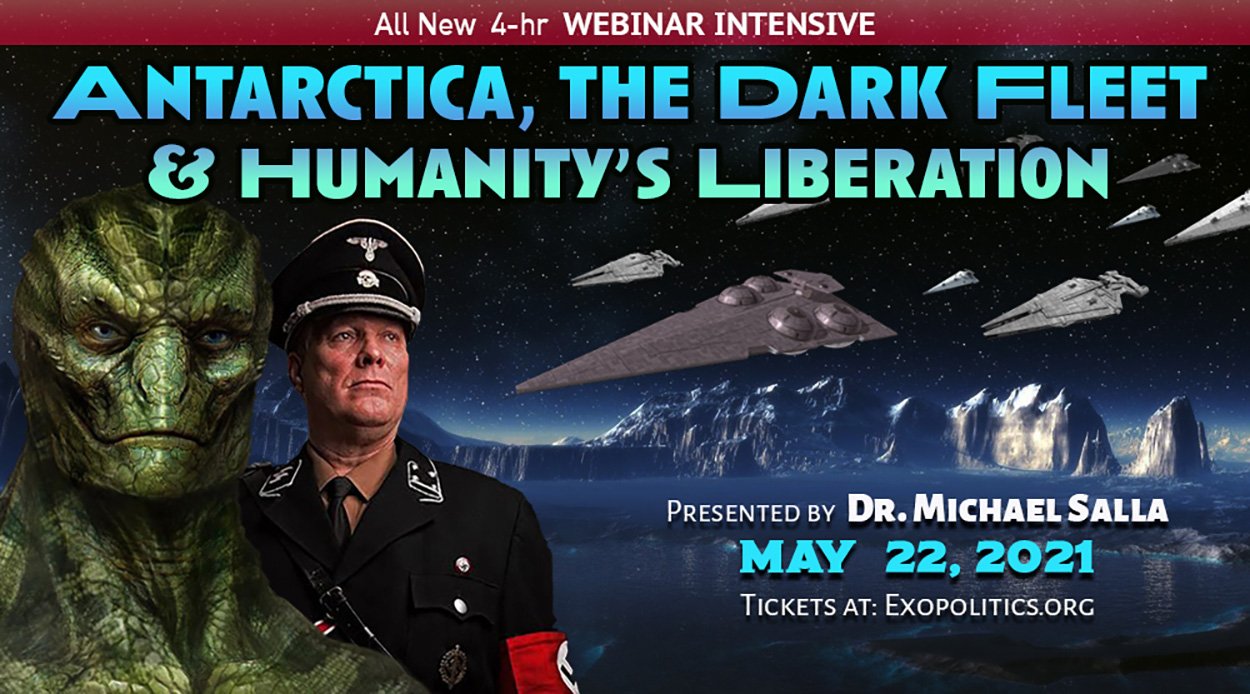 At the end of the Second World War, Antarctica became the hub for a secret alliance between a breakaway German colony and different extraterrestrial groups. With the aid of their alien allies, the Germans were able to develop a powerful Dark Fleet that routed the combined military forces of the US and its allies on the Antarctic continent. In the aftermath of defeat, the German-Extraterrestrial alliance pressured the US into persisting agreements that have spanned successive Presidential administrations.

The Dark Fleet has since grown into a powerful military space force with bases in Antarctica, on the Moon, Mars and elsewhere in our solar system. Furthermore, the Dark Fleet is behind a “galactic slave trade” involving millions of missing people, and regularly conducts interstellar operations against peaceful planetary civilizations. If left alone, the Dark Fleet and its extraterrestrial alliance would grow to become the epicenter of a tyranny that would eventually span the galaxy. However, powerful resistance forces are amassing.

In this 4-hour Webinar Intensive, Dr. Michael Salla will explain the history of Antarctica and the Dark Fleet, and how these have become the hub of this evolving galactic tyranny. He will explain how humanity’s liberation from this dark alliance and its web of nefarious activities on Earth and in space are being covertly assisted by multiple extraterrestrial civilizations and higher dimensional forces. Today we at the precipice because of a titanic struggle between opposing forces of light and dark, and every awakened individual is being called to make a difference by learning about the issues and becoming active.

This LIVE event will be recorded, and attendees are able to watch unlimited replays for 60 days.