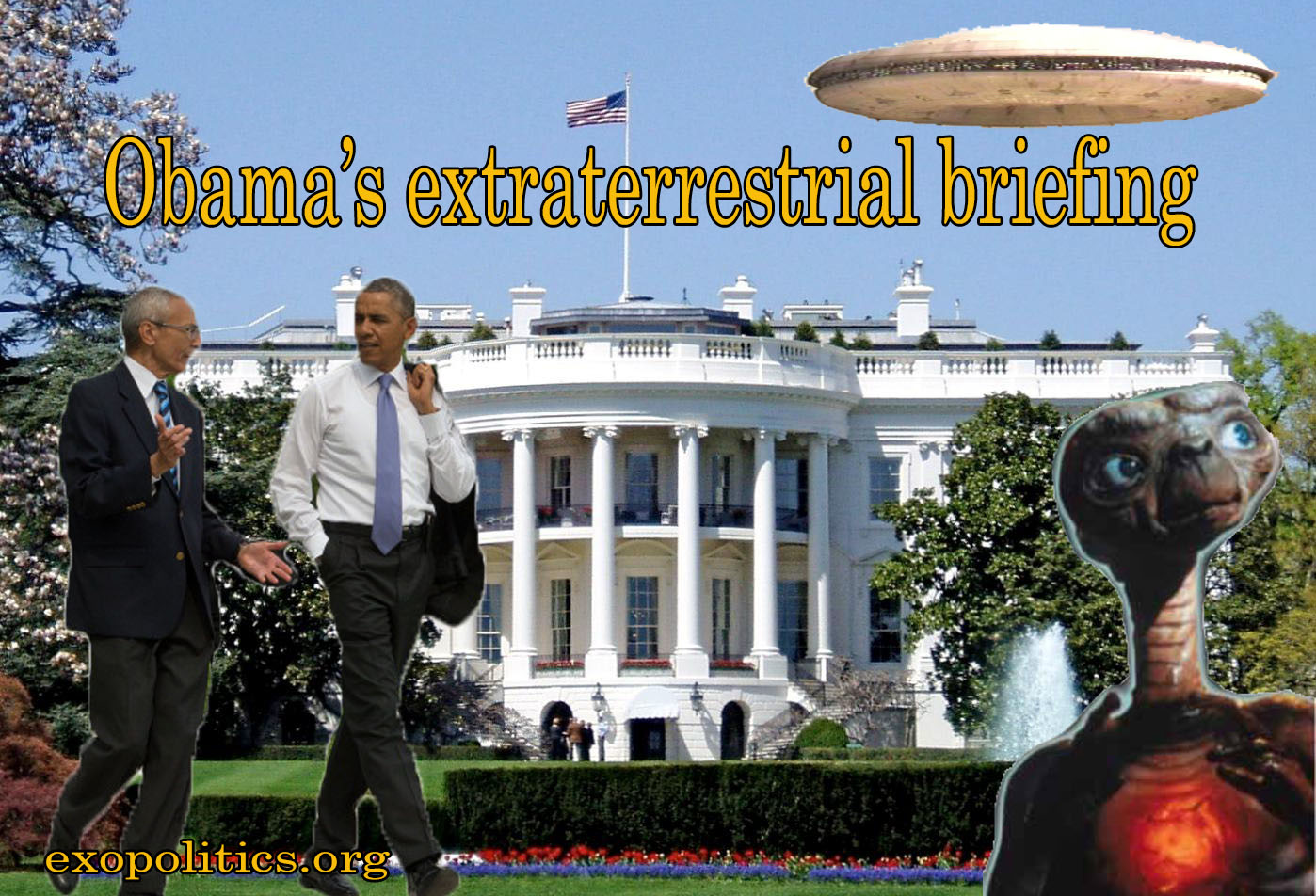 After White House Counselor John Podesta went public on Feb 13 with his failed efforts to have classified UFO files disclosed, it has been learned that one of his unofficial sources for the existence of such files is Disclosure Project advocate Dr Steven Greer. Greer announced on Feb 14 that he had unofficially “briefed” Podesta about an extraterrestrial cover-up in early 2009, soon after President Obama took office. Podesta at the time was in the process of completing his work as co-chair of Obama’s Presidential transition team. Greer’s briefing documents were to be passed on to President Obama himself, and to his then-CIA Director Leon Panetta.

Greer explained the background to his unofficial briefing:

An attorney working with Mr. Podesta requested the briefing and we assembled an extensive file for Mr. Podesta to provide to the newly- elected President Obama. There was also support for this process from a senior CIA official who is friendly to Disclosure and the briefing was also provided to then-CIA Director Leon Panetta.

The cover letter to the extensive briefing documents provided to Podesta is six pages long and is titled “Special Presidential Briefing for President Barack Obama.” Dated Jan 23, 2009, the cover letter was publicly released by Greer in Dec 2012. The cover letter contains references to some of the material provided to Podesta, including how Presidential administrations have been systemically denied access to information concerning extraterrestrial life and technology on the grounds of “misguided secrecy”. Greer wrote:

Because of this misguided secrecy, the wondrous new sciences related to advanced energy generation, propulsion and transportation have been withheld from the people. These advances include the generation of limitless clean energy from the so-called zero point energy field and quantum vacuum flux field from the space around us, and propulsion that has been termed (incorrectly) anti-gravity. The field of electromagnetic energy that is teeming all around us and which is embedded within the fabric of space/time can easily run all of the energy needs of the Earth – without pollution, oil, gas, coal, centralized utilities or nuclear power.

It’s significant that when Podesta was appointed Counselor to President Obama, his duties as described on the White House website “include overseeing climate change and energy policy.” This firmly suggests that the UFO files that Podesta requested involved some of the classified information on free energy technologies that were described in Greer’s briefing.

It’s important to emphasize that Podesta almost certainly had Obama’s support in accessing UFO files that could revolutionize the energy industry, and end U.S. dependence on fossil fuels and nuclear energy. Podesta’s Feb 13 twitter message signaled his frustration at being unable to access such classified files which he clearly believed existed. Podesta was undoubtedly taking one final swing at secretly appointed national security officials that had denied him and the President access out of “misguided secrecy.” Thankfully Greer’s disclosure of his secret briefing of Podesta in 2009 and the cover letter that accompanied the briefing documents is now a matter of the public record.