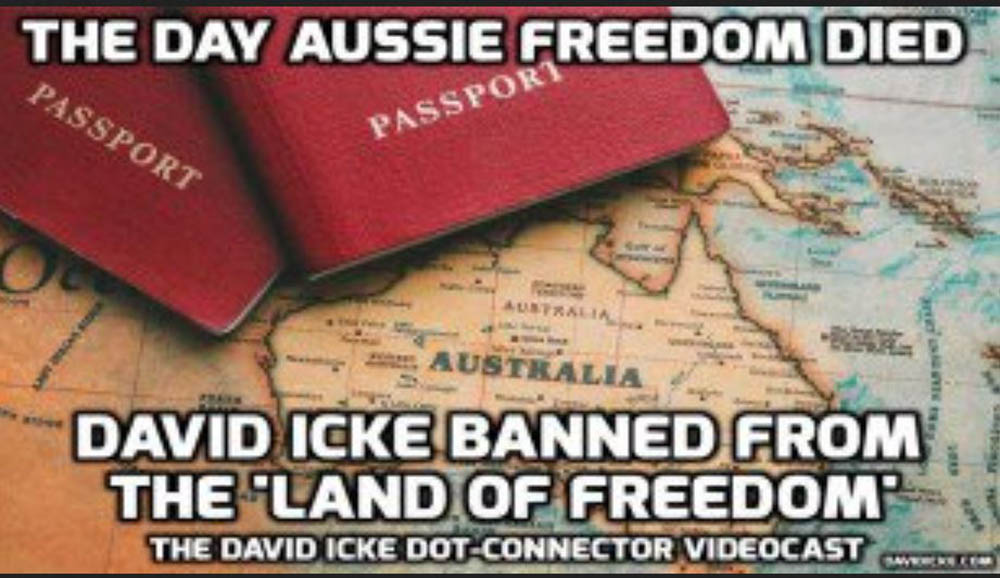 Statement on David Icke being Banned from entering Australia

On February 20, 2019, David Icke was banned from entering Australia to start a five city speaking tour. His banning occurred fours hours before his departure from Los Angeles to Melbourne, despite being previously granted a visa in September 2018. He has previously visited Australia 10 times to give lecture tours where he has spoken about a range of geopolitical topics, including the role of Reptilian entities in controlling the planet.

You can read about the reasons given by the Australian Government in this news story here: https://tinyurl.com/y3ux8uwq

As an Australian citizen, I wish to express my strong opposition to this banning and hope Icke succeeds in having the ban overturned ASAP. The following video statement has been created to support Icke’s freedom of speech rights and outrage over what the Australian Government has done.