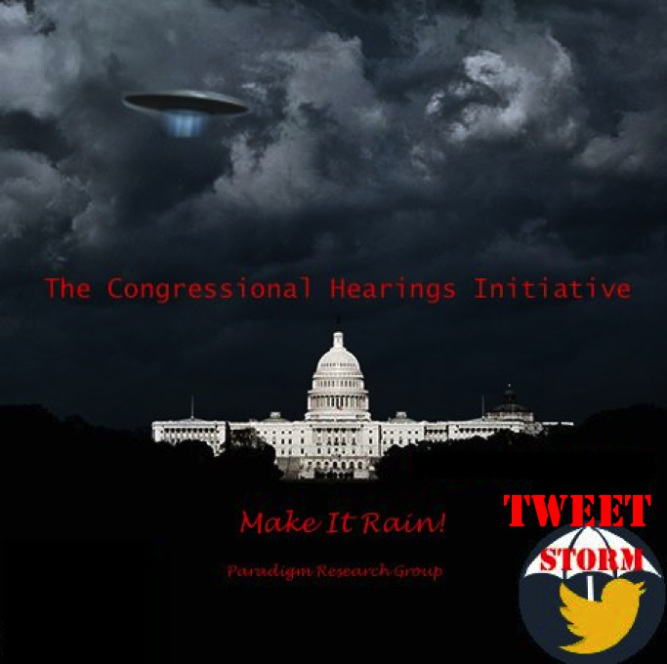 UFO congressional initiative gets media attention but no cigar Stephen Bassett is a modern day Sisyphus when it comes to getting the U.S. Congress to launch a congressional inquiry into UFOs. Today he succeeded in getting Roll Call, a major newspaper covering the U.S. Congress, do a story on his most recent initiative to get the now Republican dominated Congress to take action. To this end, Bassett sent a 10-disk DVD set detailing documentary evidence about the seriousness of the UFO issue to all members of Congress, including the legislative aides on committees most likely to move the issue forward.

After the Feb 13 admission by Obama White House counselor John Podesta that his biggest failure for 2014 was to get UFO files disclosed, Basset’s chances look pretty slim. Yet Bassett is fiercely determined to again roll the boulder of a serious UFO investigation up Capitol Hill despite a skeptical Congress.

Bassett’s latest congressional initiative stemmed from his successful Citizen Hearing on Disclosure when six former members of the U.S. Congress heard 27 UFO experts and witnesses present the available evidence that UFOs are real, and are most likely interplanetary in origin. Held over five days from April 29 to May 3, 2013, the Citizen Hearing was quite a success in converting some skeptics, if not into true believers, to at least view the UFO issue as a serious one for Congress to investigate.

The purpose of his current initiative is to get the US Congress to conduct a comprehensive investigation, not the half day public relations exercise done the last time hearings were held in 1968, as he described in an interview with Roll Call’s Warren Rojas:

“The goal is to get one of the committees to commit for comprehensive hearings,” he said of his endgame. “Not three witnesses, come up [to] the Hill for half a day and give ’em a spiel. I’m talking about 25, 30, 35 witnesses, at least, testifying over a week, two weeks if possible. The reason is we’ve got those witnesses and the issue is not an issue that you can dispense with something trivial.”

To achieve his goal, Basset is leading a public campaign to flood the offices of key congressional committees that would be the likely venues for a UFO hearing. Rojas explains:

In his requests for meetings with legislative aides and key committee figures, Bassett describes two key UFO issues identified by the Citizen Hearings that have firm documentary support. The first is the relationship between nuclear weapons shutdowns and UFO sightings which is clearly a major national security issue. The second involves an effort by the now deceased billionaire Laurence Rockefeller, to get the Clinton White House to declassify UFO files. This is widely known as the Rockefeller Initiative.

What are Bassett’s chances of success? Rojas made some inquiries:

None of the committee aides HOH [Heard On the Hill is Rojas’ Roll Call blog]  probed about Bassett’s info dump responded to inquiries about whether they’d received (much less reviewed) the Citizen Hearing materials.

That’s not very promising, but Bassett is undaunted. He believes that Podesta’s Feb 13 UFO tweet was a sign of a sea change in official attitudes:

There is no doubt in my mind Podesta posted that tweet because of the faxes sent to the 70 congressional offices. He knows the Rockefeller Initiative is about to come into play,

Bassett’s reasoning here is overly optimistic. Podesta’s tweet is more likely a frank admission that the forces in favor of not releasing classified UFO files were too powerful even for the White House. If the Office of the President with all the power available to the Executive Branch of the U.S. Government was unable to get UFO disclosure, what chances does a congressional committee have?

Podesta’s decision to move over to the Presidential campaign of Hillary Clinton reveals his assessment that there is little chance UFO disclosure will occur during the final two years of the Obama White House. A new Clinton administration may be the next opportunity to have a crack against the shadowy forces ensuring UFO silence, at least in the USA.

No cigar awaits Bassett as he once more rolls the UFO congressional investigation boulder up Capitol Hill. In the meantime, it may be better to look to wildcards like Russia’s Vladimir Putin to break through the opposition and disclose the truth. UFO disclosure would be Putin’s revenge against the shadowy forces behind the Ukraine crisis.