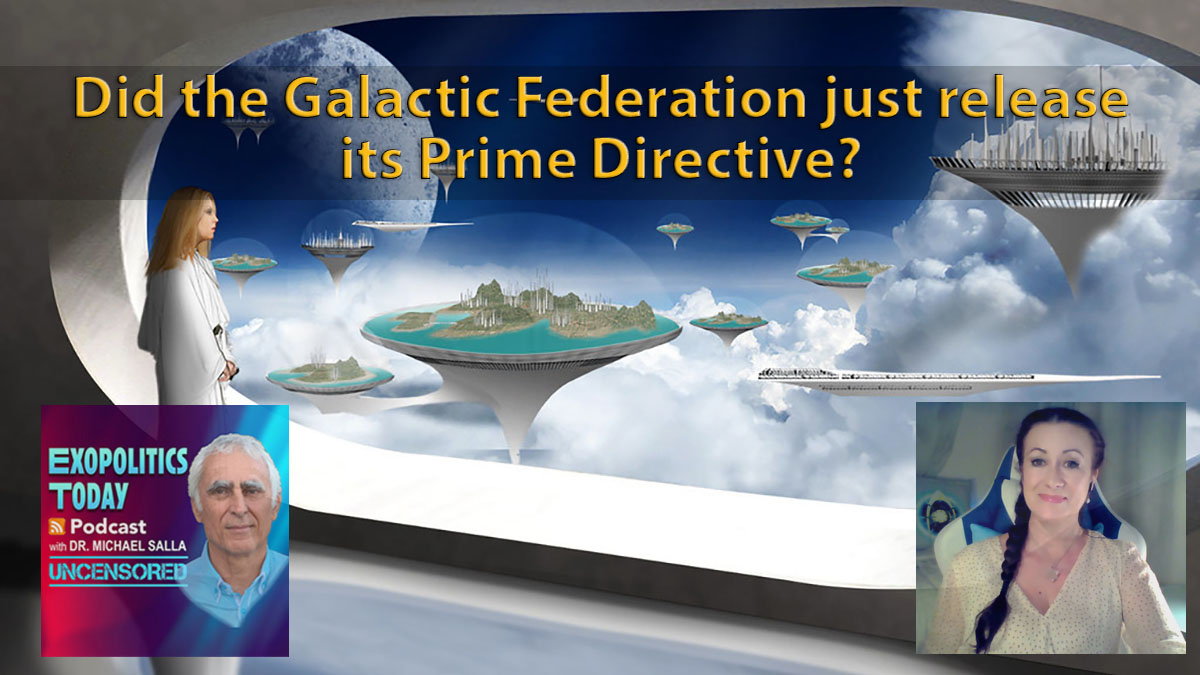 Did the Galactic Federation just release its Prime Directive?

In this Exopolitics Today interview, Elena Danaan, a former professional French archeologist, discusses a recent communication she received that details the Prime Directive of the Galactic Federation of Worlds. Elena is publicly releasing the ten articles making up the Prime Directive, along with commentary by her primary extraterrestrial contact, Thor Han Eredyon.

The contents of the Prime Directive are known to participants in secret meetings and agreements that have occurred between the Galactic Federation and national space program leaders and major aerospace corporations. Its contents have not been publicly released until today.

The Prime Directive is to serve as a moral, ethical guide and legal template.

The Prime Directive is applicable to all cultures in any world that have not yet achieved interstellar travel capacity and have not established an organized continuous relationship with an evolved external interstellar culture.

As the right of each sentient species to live following the greater universal law of Free Will, in accordance with its natural and biological cultural evolution is considered sacred, no members or personnel of the Galactic Federation of Worlds may interfere with the normal, autonomous and healthy development of native life, society and culture. Such interference includes introducing superior knowledge, strength or technology, to a world whose members and society are incapable of handling such advantages wisely, judged on their present level of spiritual, moral and technological evolution.

The Galactic Federation of Worlds cannot expose an evolving species to technology that the species has not yet discovered or is currently capable of developing and using.

Sharing and seeding of technology above the lesser evolved race evolutionary capability of understanding is prohibited or taken to the necessary minimum.

It is forbidden to interact or communicate with any native resident of a lesser evolved planet or culture using any device, appliance, machine, tool, weapon, or invention representing an improvement upon the science and technology already in existence upon said planet.

Spiritual and moral knowledge should also be restricted to a bare and necessary minimum only using communication methods and devices at the current level of understanding of the lesser evolved race.

It is not permitted to make contact with or interfere with lesser evolved races unless they are threatened by an outside source. In that case it is the moral obligation of the personnel of the Galactic Federation of Worlds to evaluate the situation to determine a suitable course of action.

Federation personnel may not violate this Prime Directive, unless they are acting to right an earlier violation or an accidental contamination of said culture.

This directive takes precedence over any and all other considerations, and carries with it the highest moral obligation.