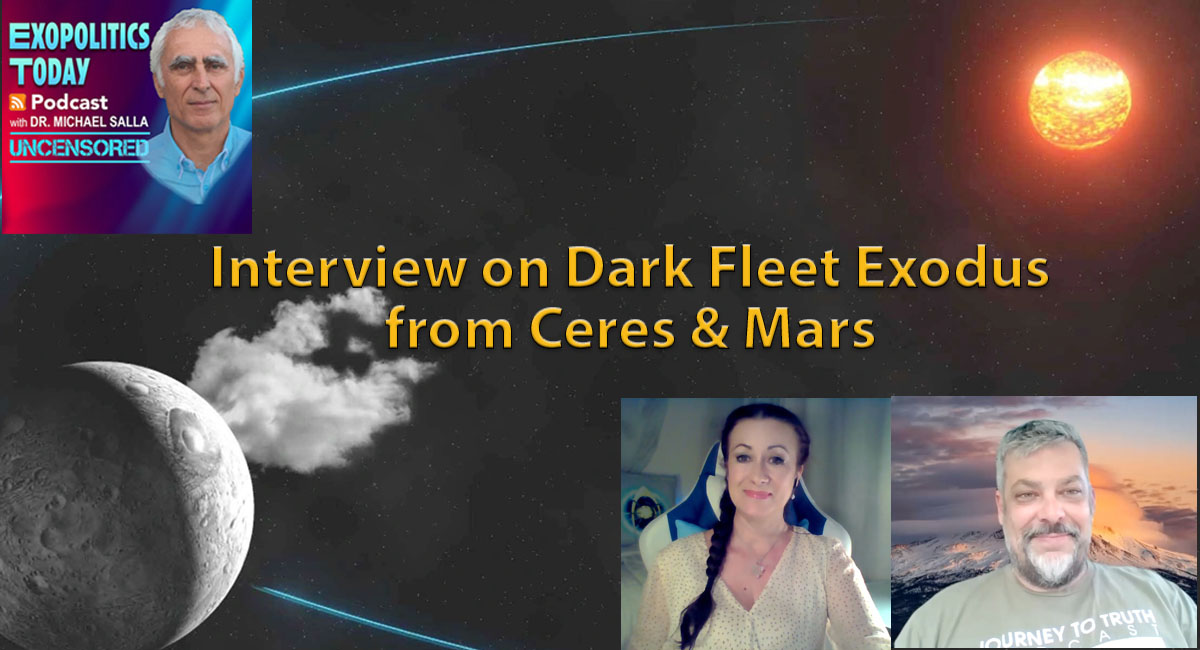 The latest intelligence from the Galactic Federation of Worlds is that the planetoid Ceres, has just been liberated, according to extraterrestrial contactee and former French archeologist, Elena Danaan.  In this Exopolitics Today interview, Elena presents the most recent intel she has received from her primary Federation contact, Thor Han Eredyon about Ceres and Mars. Tony Rodrigues, who claims to have spent approximately 13 years on Ceres as a slave for the Dark Fleet, along with having spent several months on Mars, is also interviewed about his experiences.

The telepathic messages from Thor Han read out by Elena Danaan during the interview are the following.

“The fate of the Ceres colony has been debated with great attention, until lately coming together with a common decision, with the Zenae Council and the Earth Alliance.

It was decided that in reason of a large civilian colony, settled for a period of time long enough to officially name them as planetary residents, Ceres would not be evacuated. Instead, we will force the Nachtwaffen military personnel to leave, by means of agreements in the first place, or force if necessary. We firmly believe that Ceres needs to officially become a free world, and it will eventually.”

“Mars is free, Deimos is being evacuated.”

“The situation on Mars is chaotic at the moment, as the local Martian resistance is rushing to take hold of the underground facilities that have been evacuated. All human personnel was safely sent back to Terra and will be replaced. There is now a situation where the Martians need to comply to the recent agreements reached between their leaders, the Galactic Federation of Worlds, and the new Terran corporations allowed to settle colonies and conduct their scientific and commercial operations. I trust this will go well, for this is a new era of prosperous and empowering cooperation for the Martians’ benefit. They just need to calm down now, in this euphoric celebration of their victory.”